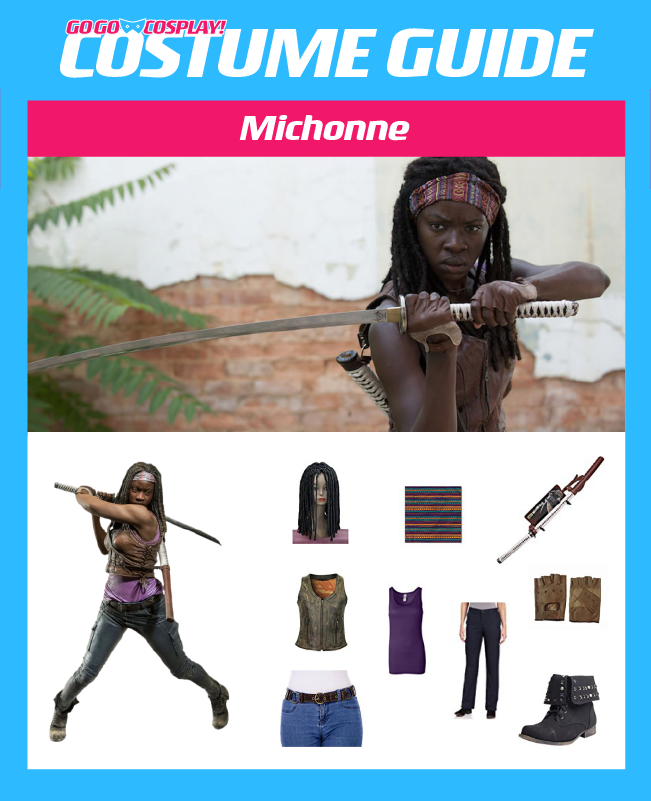 In “The Walking Dead” TV series, Michonne is an integral member of the group of survivors led by Rick Grimes. She has an intuitive nature and is usually stoic and secretive. As a result of her painful past, she distances herself from other people at first but eventually opens up and forms a bond with other members of the group. Unlike other members of Rick’s crew who prefer other kinds of firepower, Michonne fends off walkers with her trusty katana. She is quick on her feet and is far from impulsive, carefully calculating her every move.

Michonne tends to wear clothing with an earthy and neutral color scheme. She wears a lot of brown and olive green and sometimes wears black and dark gray too. It’s important to maintain this color scheme when putting together a DIY Michonne costume. Her clothes are well-fitted so she can move quickly and easily without obstruction. She normally wears a tank top and a pair of fitted cargo pants. She often wears a leather motorcycle vest on top of her tank top. Another vital element of her outfit is a headband to hold her hair back from falling on her face and obscuring her vision.

See below to learn how to make a DIY Michonne costume for cosplay or halloween.

Interested in Michonne cosplay? Check out the The Walking Dead Cosplay Showcase to vote for your favorite cosplayers or submit your own costume photo!

How to Dress Like Michonne from ‘The Walking Dead’

Michonne has long dreads which she holds in pace with a headband. She switches up the bandanna from time to time but is usually in brown with neutral-colored prints. In some episodes, she wears an Aztec-print headband that has colors like red, blue, white, and yellow.

Michonne is most often portrayed as wearing a violet tank top. She also wears tank tops of other colors such as brown and beige so any of these would do. She wears a tan motorcycle vest zipped up on top of the tank top. As for bottoms, Michonne normally wears skinny fit cargo pants in olive green. Sometimes she wears a similar style of pants in black, gray, or dark brown.

Boots are a wardrobe staple for everyone in The Walking Dead. Michonne can also always be seen wearing combat boots that allow her to fight and walk for long distances without much trouble. She most often wears black combat boots. In some episodes, she wears brown buckled boots and in others she wears studded fold-over boots in black. All of these boots are ankle length and allow easy movement and comfort.

Another staple of Michonne’s outfit is a brown, studded belt with a metal buckle. Michonne always carries her trusty katana, which has a white hilt with black accents along the length of the hilt. She carries her katana around in a brown wooden sheath with white leather over-wrap and a brown leather strap – another sign of her love for functionality. To enhance the grip on her katana, she also wears fingerless gloves in brown leather. This allows her to fight off walkers easily for extended periods of time.

Have you ever had to kill people because they had already killed your friends and were coming for you next? Have you ever done things that made you feel afraid of yourself afterward? Have you ever been covered in so much blood that you didn’t know if it was yours or walkers’ or your friends’? Huh? Then you don’t know. 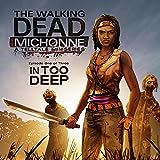