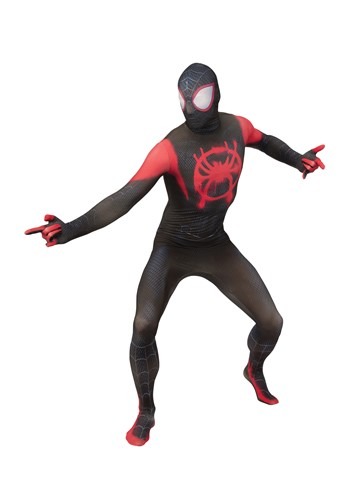 Swing into the Cosplay-Verse with your own Miles Morales ‘spidey’ costume!

Miles Morales was just a regular kid living in Brooklyn—until he got bitten by an Oz-enhanced spider at his Uncle Aaron’s apartment. He’s got some similar superpowers to Peter Parker…similar but different. And now he’s reluctantly fighting crime in the New York City streets. Don’t get him wrong, it’s not that he wants crime thrive. He was just hoping to live life like a normal kid. Sorry kiddo. Not happening.

How to Dress Like Miles Morales from ‘Into the Spider-Verse’

After Miles discovered his new superpowers he went out and bought a Spider-Man halloween costume. But that was getting him some interesting attention. After his uncle, the Prowler, passes away, Miles gets a new costume—a costume that’s his very own. Instead of the classic red & blue, Miles rocks the red & black spidey costume. But he’s kid too; he’s gotta be ready fight crime and go to class without blowing his cover! So he wears what a normal student would—and a super fresh pair of Nikes.

Check out our tutorial on becoming Miles Morales’ Spider-Man.

See all of our Spider-Man related costume guides here.

To rock Miles’ ‘Into the Spider-Verse’ look the first thing you will need is his trademark Spider-Man suit. Unlike the classic blue and red Peter Parker Spider-Man suit, Miles Morales rocks a black and red spidey suit which looks super slick. It has a red spider logo emblazoned on the front which looks like it was drawn as graffiti. You can find a pre-made body suit like this on Amazon. 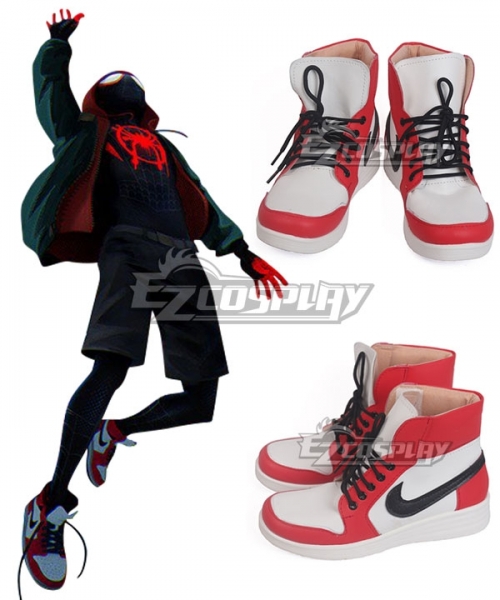 You could also buy a black short sleeve shirt and use fabric paint to replicate the front of Miles’ costume. That and a pair of black running leggings will be perfect if you’re planning on wearing the rest of the layers he does.

For the layered look, get a pair of black Dickies-style shorts. You’ll also need a red zip up hoodie and a black baseball jacket. He ties it all together with a grey web canvas belt. Check out these items for a good fit.

Miles Morales’ hair isn’t the most important part of his look, so this one is very simple. It’s very short—only slightly longer than buzzed—and jet black. It’s going to be easiest to do this with your own hair (if you’re even planning on showing it) and even if you have lighter-colored hair, you could spray it with a dark hair spray paint.

No Miles Morales outfit is complete without a pair of sick red, white and black Air Jordans. To get the authentic look, the Jordans will cost you a pretty penny. See below:

But if that’s too steep a cost for you, don’t be afraid to wear a simple pair of all black high tops. Here are some more affordable alternatives: