Avatar: The Last Airbender, also known as Avatar: The Legend of Aang, is an iconic animated series dating back to 2005 that still has many loyal fans who want to cosplay its characters. There are plenty of eye-catching costumes to choose from with characters based on the four elements of earth, air, wind, and fire.

But it can be challenging to find high-quality costumes with suitable materials that faithfully represent the characters. This means cosplaying a character from Avatar: The Last Airbender isn’t always easy to get right. There are quite a few details for all the characters that need to be represented accurately. Figuring this out by yourself can take a lot of time and research.

In this article, we’ve listed the ideal purchases you can make for some of the best characters from the show so that you can find everything you need in one place. All you need to do is scroll through the article to find the character you’d like to cosplay.

To help you make a quick choice, each entry in our list contains a picture of the costume with a link to buy it, a summary of the character, and the costume we’ve selected.

The first character on our list is a no-brainer – Aang himself. Cosplaying Aang requires a lot of attention to detail as he has emerald eyes and a blue downward arrow symbol on his forehead. These have to be added manually by buying your own contact lenses and face paint, but this is relatively straightforward.

An example of a great Aang cosplay is this one from BlackCatGidget pictured below. As you can see, she has every part of Aang’s appearance covered from head to toe. 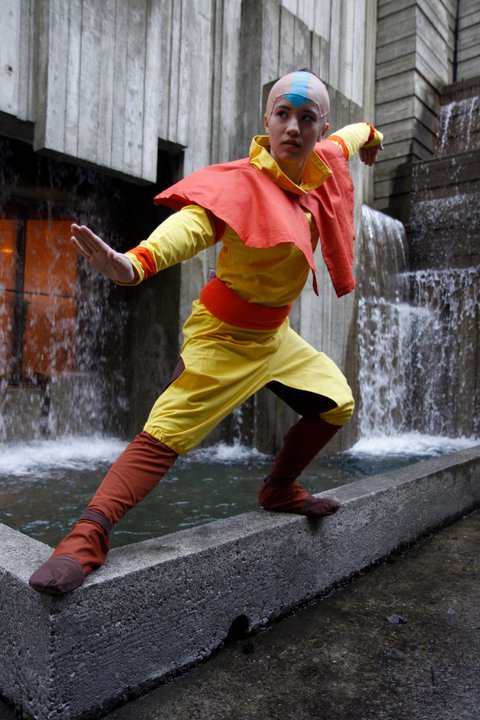 As for the costume itself, buying a ready-made one is the best way forward. This costume has all the relevant pieces you’ll need to look similar to BlackCatGidget. Check out this costume guide for Aang if you need any extra information.

Another crucial character from the Avatar: The Last Airbender universe is Korra of the Southern Water Tribe, the reincarnation of Avatar Aang depicted in the sequel Avatar: The Legend of Korra. Korra wears a blue and white sleeveless top, a fur-lined cloth around her waist, blue pants, and brown boots. Her hair varies between a ponytail and a bob. It’s quite a simple cosplay to execute but does require some thought to put together.

A great cosplay of Korra is this one from Curly Fry Cosplay which features a near-perfect portrayal of Avatar Aang’s reincarnation. 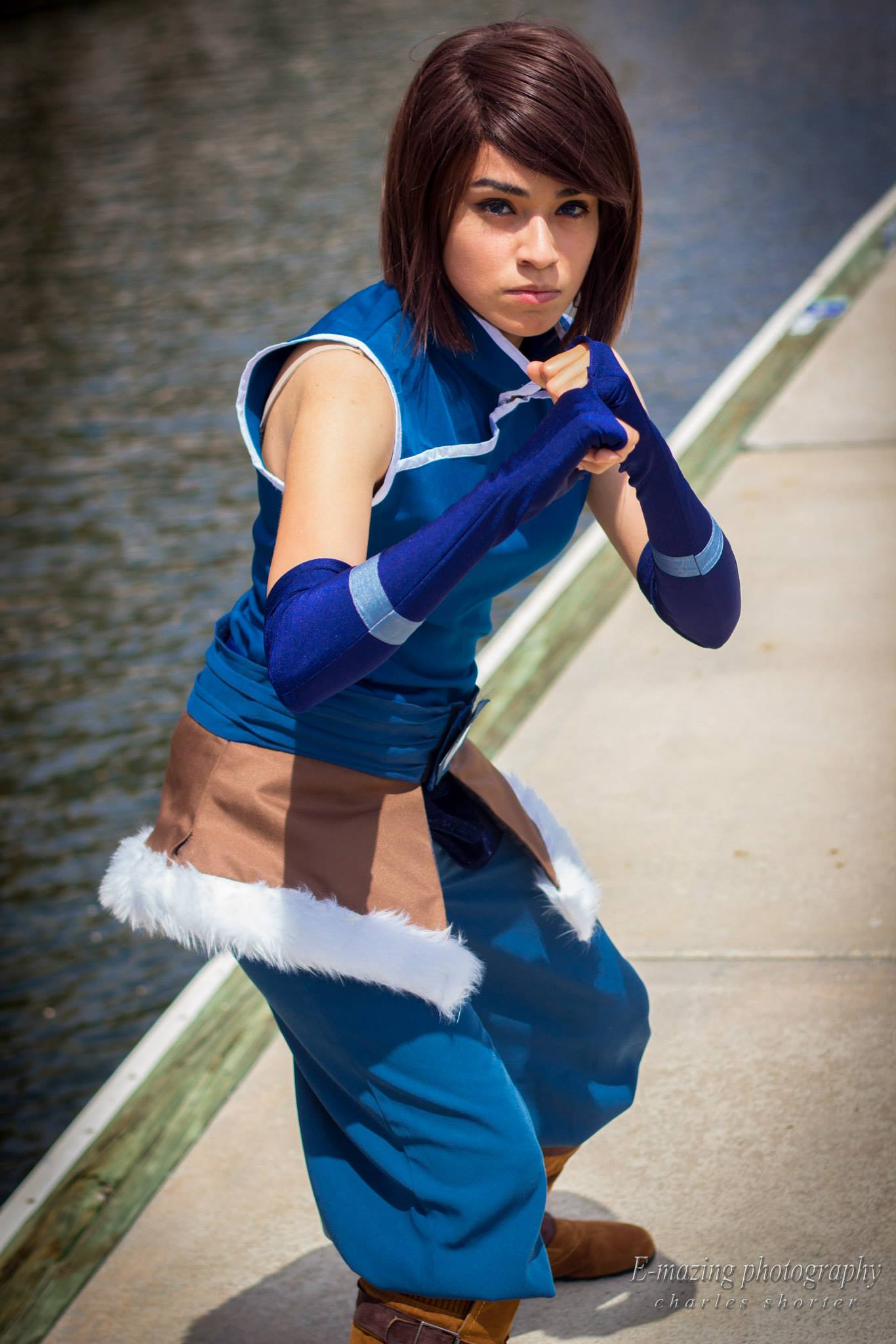 As with Aang, buying the full costume in one go is the most convenient and cost-effective way to execute this cosplay.

One of the Fire Nation’s most memorable characters, Avatar: The Last Airbender, wouldn’t be what it is without him. The banished prince of the Fire Nation has a different costume style than the two Avatars we’ve covered above. He wears bright red and gold pants, a short-sleeved shirt in the same colors, and a burgundy robe over the top. He has black hair with a long fringe and a scar around the left eye, and his boots are black with a gold stripe.

Twinfools has done an accurate cosplay of Prince Zuko, which you can see in the picture below. 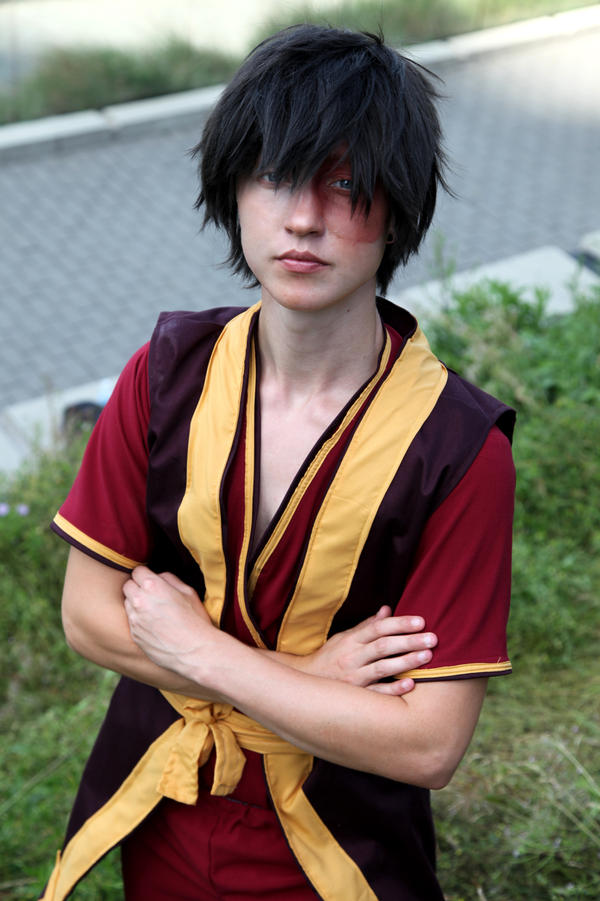 Plenty of complete Prince Zuko costumes are available, like this one, but it’s tougher to source the boots. You may want to buy a close match, like these cosplay boots. Here’s a costume guide if you need some extra guidance.

Princess Azula is a powerful villain from Avatar: The Last Airbender and can’t go without a mention here. Like Prince Zuko, she’s also from the Fire Nation, so her costume mimics the color scheme of red, black, and gold. A bright red undershirt and pants begin her look, followed by black and gold robes with shoulder plates and a golden belt securing the robe. Her boots mirror Prince Zuko’s except for red shading on the top, and her hair is tied back into a bun. We’ve written a costume guide to help you capture the look.

An example of what to aim for is shown by Bikicosplay, who shows off her exemplary cosplay in the photo below. 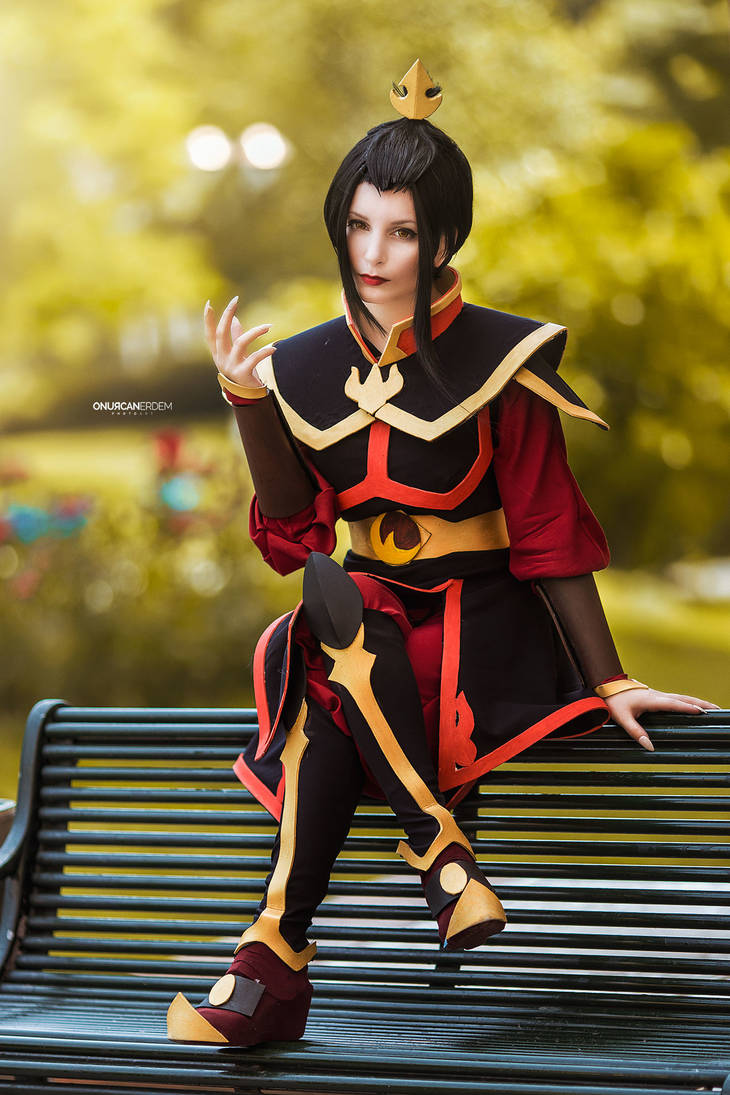 Getting hold of a Princess Azula cosplay costume is our recommendation because it would take a lot of time to put together all the unique features in the costume separately. Her boots are worth buying separately to get the look just right.

Toph isn’t quite as notorious as the other characters featured here but plays a pivotal role in Avatar: The Last Airbender. She’s a master earthbender and taught Aang everything he needed to know about the art. Her cosplay differs from the others as she’s from the Earth Kingdom. Key aspects are a green robe as a base layer, green wrist and ankle wraps, and a cream tunic held at the waist with a belt and a small pointed cap.

Florencia Sofen Cosplay depicts her very well, and the results are shown in the photo below. 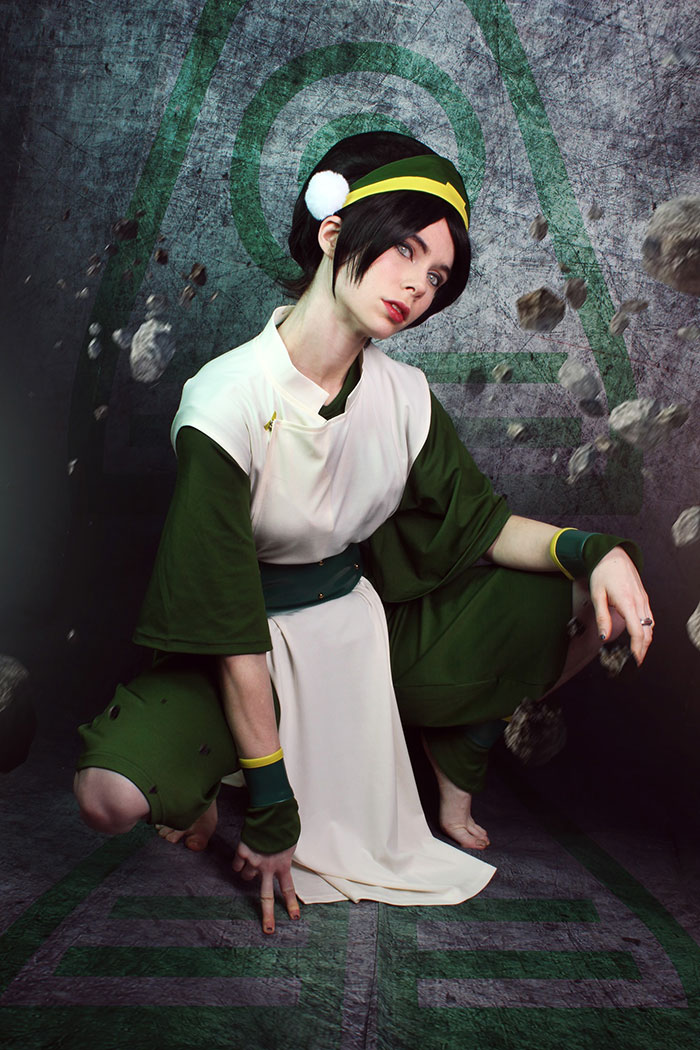 Purchasing a complete Toph cosplay costume is the simplest option, as it will provide all the elements of the costume needed to pull off an authentic portrayal.

Now that you’ve seen examples of five cosplays and appropriate costume ideas for each one, you can choose which one you’d like to go for first. Some Airbender costume items are harder to acquire than others, but most of the time, you’ll get everything you need in a single order apart from the boots for Prince Zuko and Princess Azula.

Once you’ve attempted a cosplay once, you’ll gain the confidence to do it again and explore more characters. If you want to ease into it, we recommend starting with a character like Korra or Aang, whose costumes are less complex. Once you get those right, following the links above, you’ll be able to handle the rest.