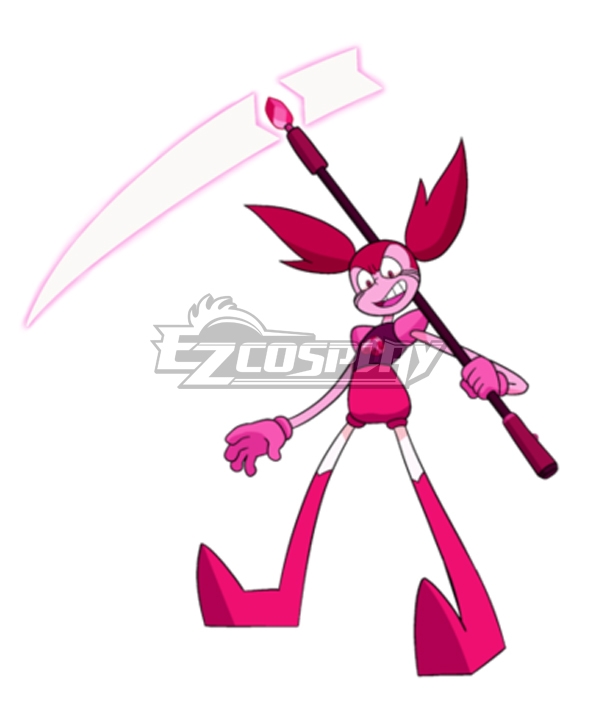 The Steven Universe series aired on Cartoon Network between 2013-2019 and quickly gained a devoted following plus plenty of recognition in the industry for its excellence.

The show touches on important themes, like love, personal relationships, and family. This has made the show popular year after year and has ensured it’s left a glowing legacy behind. It was followed by a movie and a brief sequel series which were as popular as the original series.

Because of the great scriptwriting and plot of Steven Universe, many of its characters have also been noticed by cosplayers who’ve chosen to represent them. We’ve divided this article into sections covering 10 of the show’s main characters.

For each one, we’ve shown a suitable cosplay and provided links for you to purchase a similar costume and read more about how to pull off the cosplay perfectly. Even if you’re just starting, this will give you a headstart in the world of Steven Universe cosplayers.

This means once you reach the end of the article, you’ll have the confidence to dress up as any of the characters we’ve covered. If you’d like to learn more, you can follow the links in the text.

The show’s main character is, of course, one of the most popular cosplay choices from the whole series. What helps is it’s a relatively simple cosplay, as revealed by Hylian Pilot, whose attempt is flawless. 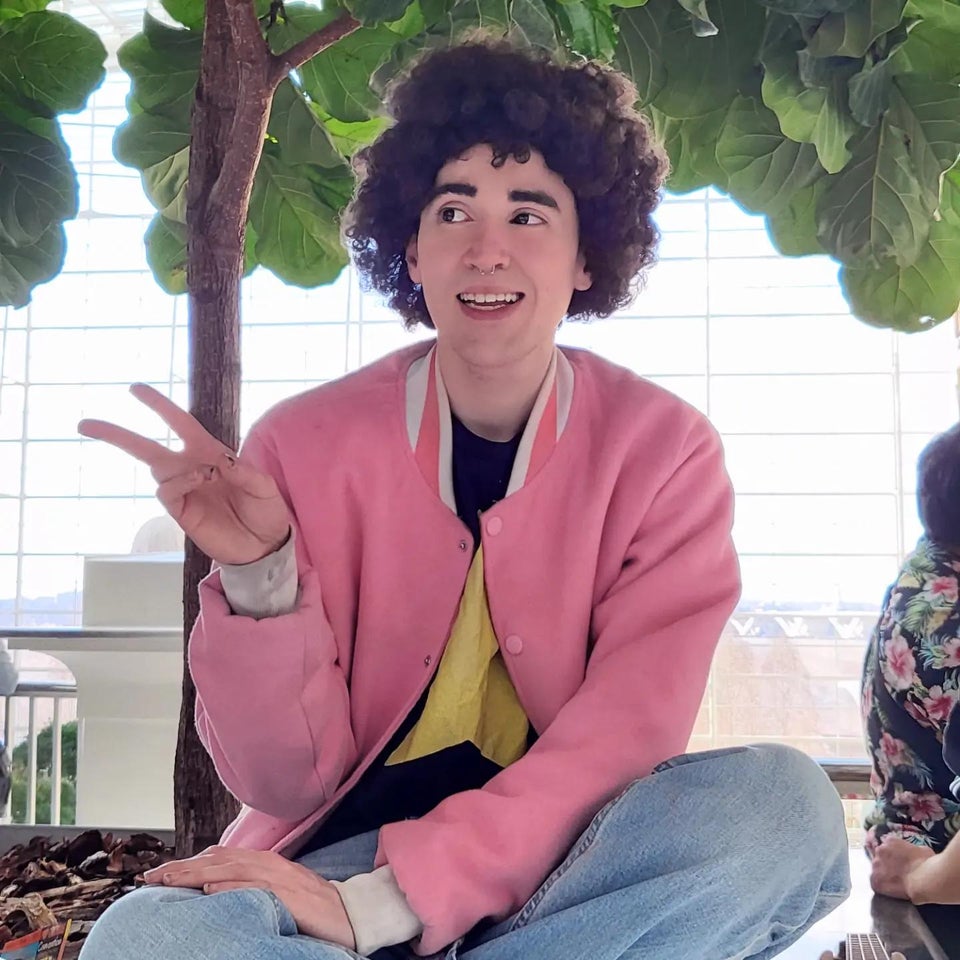 The most important part of the cosplay is the black shirt with the yellow star. You can buy a good version here. Wearing this cosplay will ensure you’re instantly recognizable to all your fellow Steven Universe fans.

Greg Universe, the father of the main protagonist Steven Quartz Universe, plays a crucial role in the series. He also has a unique appearance, with peachy red skin and a beard surrounding his entire mouth, plus blue shorts and sandals. Here’s a cosplay from Tenyenoni posted by Otter Tale Studios: 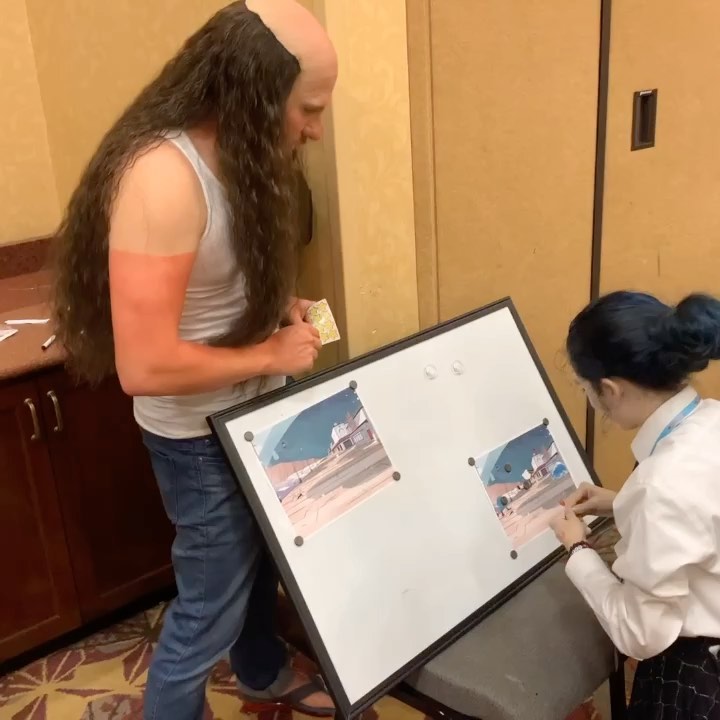 As you can see, this cosplayer wears blue jeans rather than shorts but has everything else right. You can buy this brown wig, style it, and make up the rest of the look with everyday clothes. You can also consult this Greg Universe costume guide.

A pivotal character in the Steven Universe series, Rose Quartz was the founder and leader of the Crystal Gems. Her real name was Pink Diamond, and she gave up her physical form when she became the mother of Steven. Here she is cosplayed by K.C. Costuming and Design: 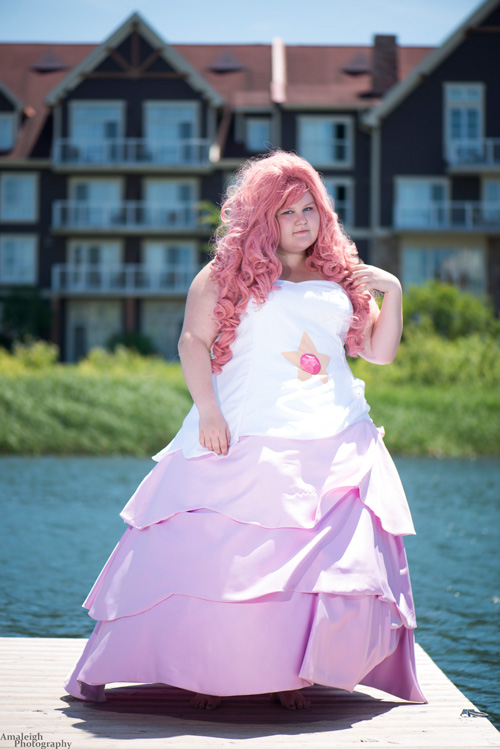 You can buy the base costume for Rose Quartz here, with only the wig needing to be bought separately. You can also read this Rose Quartz costume guide for extra information.

Garnet took over from Rose as leader of the Crystal Gems after Steven was born and has a very eye-catching outfit. This is because she’s a fusion of Ruby and Sapphire, two other members of the Crystal Gems. She’s cosplayed here by Willow Wish Cosplay, as shared by Black Cosplay. 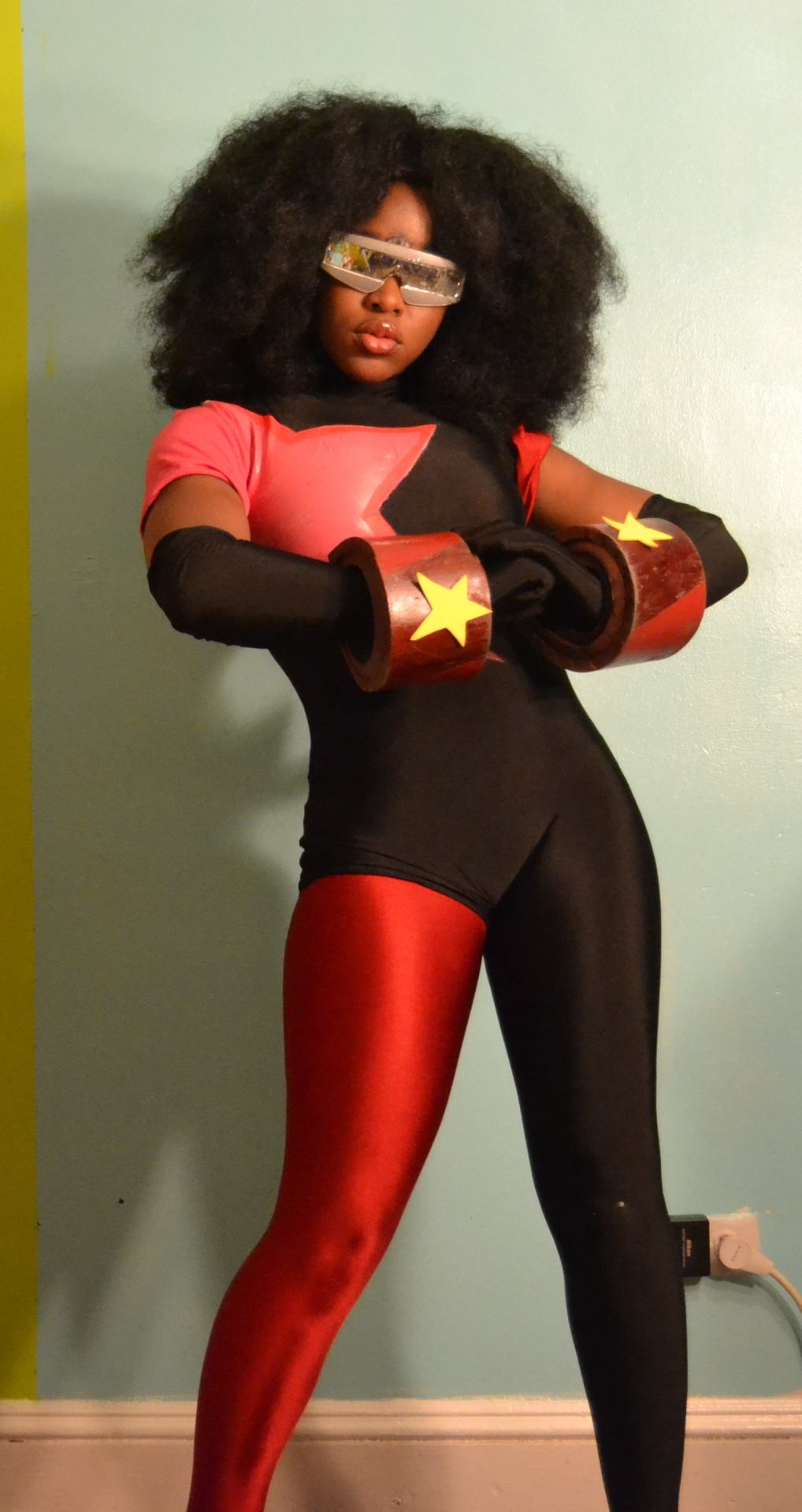 To represent Garnet accurately, it’s best to buy her jumpsuit here. Then you can read a Garnet costume guide for the extra details.

Yellow Pearl is a less commonly cosplayed character from Steven Universe and is also a Homeworld Gem rather than a Crystal Gem. Her yellow one-piece suit makes her a captivating cosplay. Cosplayer GalaxyClown1 has the perfect portrayal. 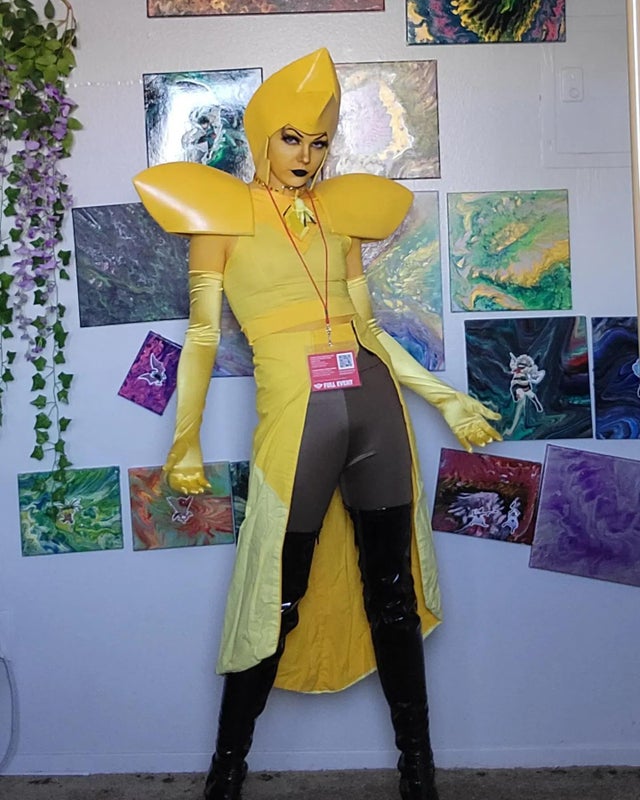 This is the closest jumpsuit we could find, and it needs some slight customization but should be good to use. Reading this Yellow Pearl costume guide can also help you further.

When Steven Universe and his girlfriend Connie Maheswaran fuse, Stevonnie is the result. Stevonnie is a unique cosplay, as shown in this example from cosplayer Unproducktive.

A simpler version of this cosplay can be purchased here, and it’s also worth reading a Stevonnie costume guide for additional guidance.

The fusion of Pearl and Rose Quartz, Rainbow Quartz is another formidable character for cosplayers to portray. This is how ChoupetteCos showed off Rainbow Quartz. 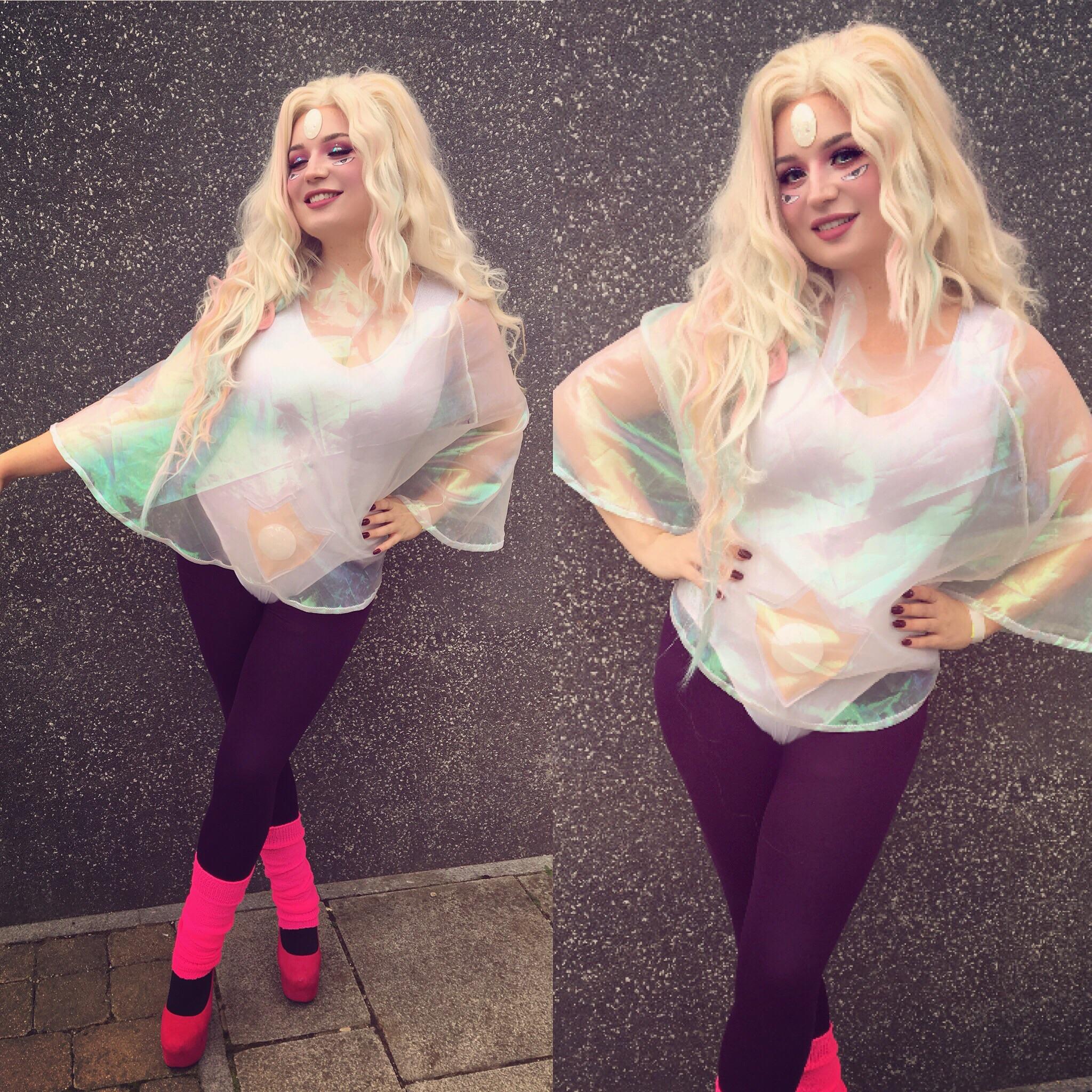 You can buy a similar base costume here, and you can also check out a Rainbow Quartz costume guide for extra advice.

Peridot, a Homeworld Gem technician, was an antagonist in Steven Universe for a long time but eventually chose a different path. Here she is, as shown by Sharkiity. 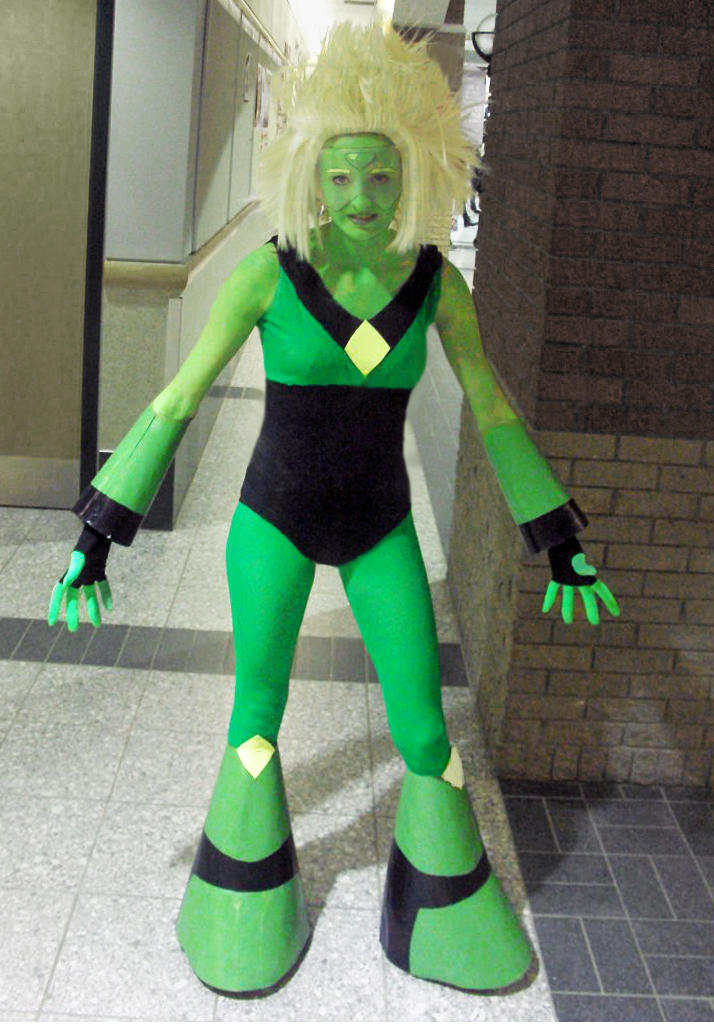 The easiest way to get started on a cosplay like Peridot’s is to buy this jumpsuit. You can also read a Peridot costume guide if you want to take it further.

The magical gemstone Pearl is distinct from the other characters by virtue of having a holographic body. Her cosplay is an interesting one, and here’s an example from SleepyOtter. 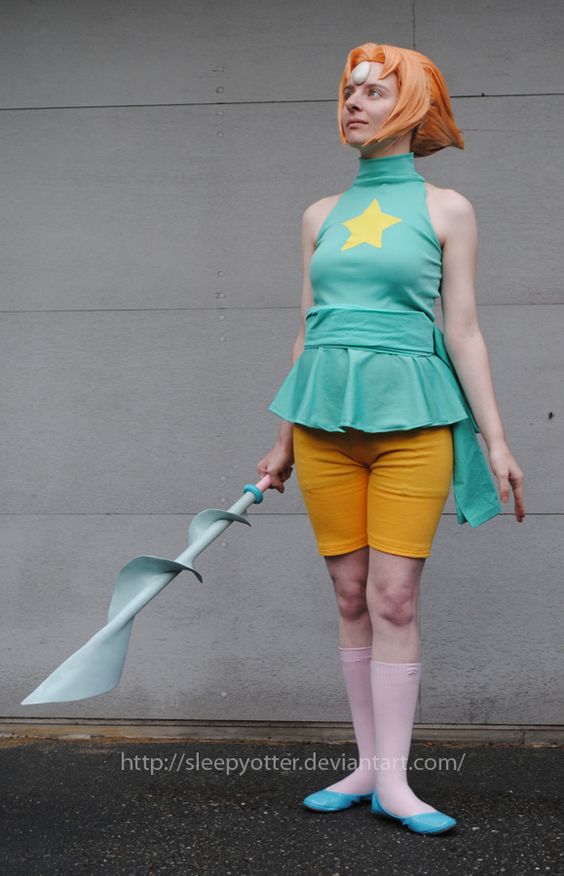 As you can see, it’s a cosplay that makes heads turn. You can buy the base costume for Pearl here. Reading a Pearl costume guide is beneficial too.

Another member of the Crystal Gems, Amethyst, makes for a great cosplay opportunity if you like her style. Here she is by Lady Di Cosplay. 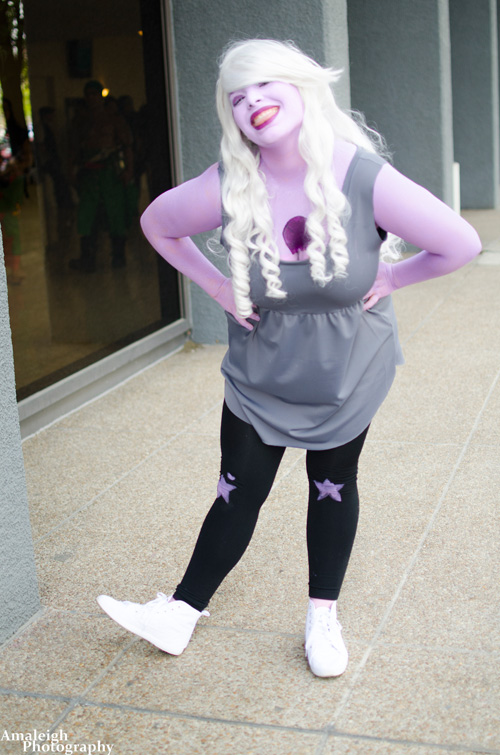 If you’d like to portray Amethyst, you can buy a similar costume here. Feel free to check out an Amethyst costume guide too.

These 10 characters should give you plenty of ideas to pull off stunning cosplays at upcoming conventions or fancy dress parties. We recommend you do additional research if you want to put forward your costumes for any awards or competitions.

But if you’re only looking to have some fun and create good memories to look back on, then buying the costumes we’ve suggested here will give you what you need. You can also keep the photographs on this page as a handy reference for the look you’re aiming for.

Once you’ve decided which character to cosplay, we wish you all the best in showing off your costume to the public!