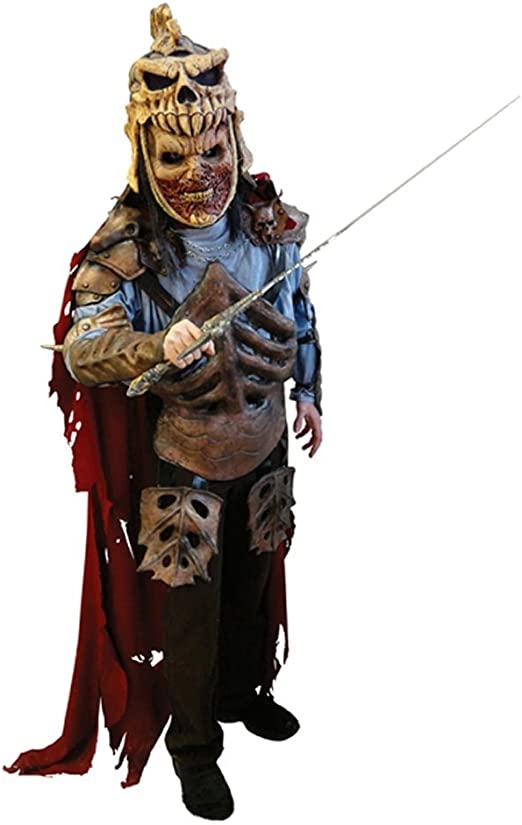 Ashley “Ash” Williams is the cult hero of the Evil Dead films, first appearing back in the early 1980’s and since becoming one of the most popular characters in the horror genre.

Played by Bruce Campbell, Ash can be a bit arrogant in many of his film appearances, but he’s quick on his feet and a skilled fighter with a lot of bravery to back up his actions.

Our DIY Ash Williams costume guide will give you everything you need to become the zombie slaying cult hero for cosplay or Halloween.

Putting together a cabin nightmare of your own? No need to write your own book of spells.

Check out this Hwasan Double Barrel Green Gas Airsoft Shotgun! With fire power of 420 FPS this Airsoft shotgun isn't for the faint of heart.

Have fun with rubie's costumes, be someone completely different than you really are or show a secret side you want to share

How to Dress Like Ash from the Evil Dead

Ash has a standard dark brown hairstyle, but its often messed up with zombie blood and sweat. Smear some fake blood through your hair and fuss it up a bit to best replicate the look.

In the Evil Dead films, Ash Williams wears a light blue long-sleeved jean work shirt and dark brown pants. You can find these clothing items from most online retail websites like Amazon. To give your outfit an extra spark of creepy, spill some fake blood on your clothes and add a few rips and tears for a more realistic Evil Dead look.

Ash wears black work boots which helps him stomp on baddies when he needs to. He wears a basic brown belt, which you can find from any online retail website or accessory store, and he wears a number of straps and buckles across his chest from the items he carries.

No Ash Williams costume would be authentic-looking without his most memorable weapon – after chopping off his possessed hand in one of the films, Ash replaces it with a large chainsaw. He also carries a sawed-off shotgun which he calls the “boomstick”.

You can purchase fake weapons similar to these online or from a Halloween store. If you’d like to have a chainsaw attached to your arm, use duct tape and fake blood to hold it in place and give a more chilling and horrific film scene style.

Get your friends to dress up as other characters from the Evil Dead franchise so you can fight the horrors of this world together, and practice some of Ash’s best quotes and funny one-liners for even more authenticity!

About Ash from the Evil Dead

After all, I’m a man and you’re a woman… at least last time I checked.