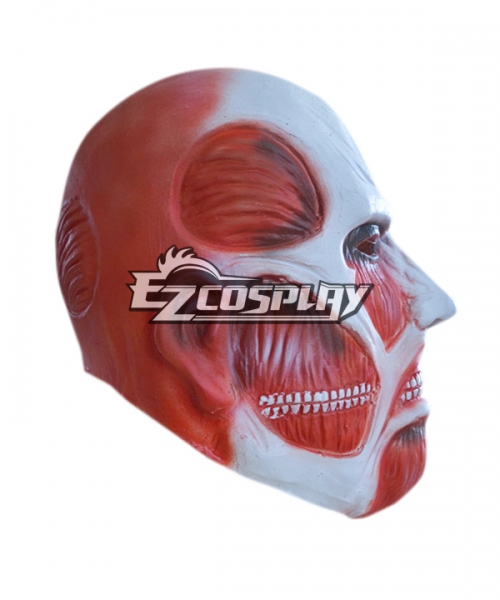 Ever since 2009, the year that Attack on Titan made it’s debut, it was the hottest stuff out. Just as another manga series yet to be read by the fans, not well known at all in the beginning, it was new. But as weeks went by, new chapters kept rolling in. It started attracting quite a bit of readers of all ages, mostly grown ups.

Today it’s hailed as one of the best series of all time. Whether you talk about the manga or the anime, it’s there at the top. The story has so much depth and the characters and genre elements progress in such a brilliant way. It’s truly magnificent to say the least.

All this and much more makes the Attack on Titans cosplay outfit a perfect choice. It’s a great choice if we take into consideration the next season. 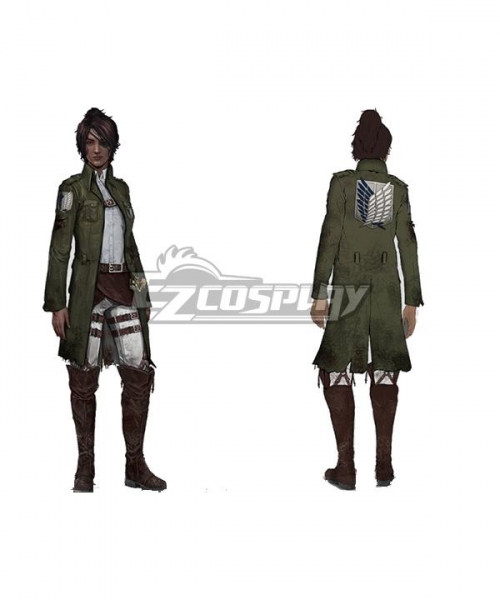 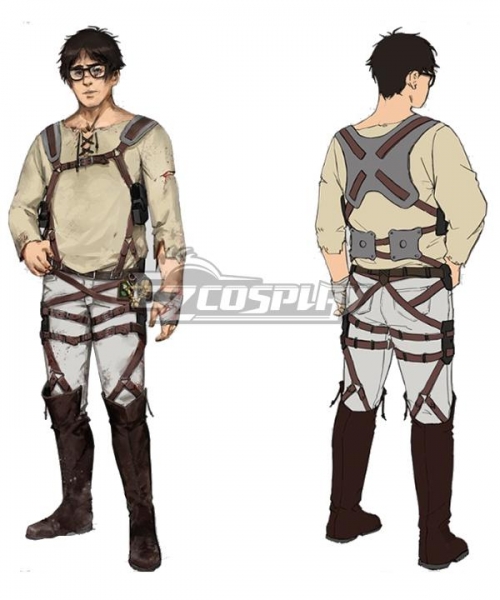 Ever since the beginning, the Attack on Titans cosplay costume from the show was like nothing else. It had originality in a manner that exhibited valor, discipline, and bravery. Most of all it depicted everyone’s hatred when it came to Titans.

It made everyone look like members of the same unit. It brought together the same army that’s ready to shed all the blood, sweat, and tears. They’d do anything to eradicate the Titans from the face of planet Earth.

Considering how loved and how much of a fan favorite it is by now, the Attack on Titan costume would be a perfect treat. It’d be a delight for all the fans out there yourself included.

Here we have the same Eren Jaeger�?cosplay costume from the anime. The same that made us realize his perseverance. The same that gave out his strong will when it came to avenging his mother.

The scar he got the day his mother was eaten. It was surely one that ran so deep that even time wasn’t able to fill it even the least. But, he didn’t sit idly and consider that it was the end for him.

Eren Jaeger�?got up and was ready to train his hardest. All that in order to have a chance to get back to the people who were responsible for his despair and misery. The Attack on Titan cosplay costume right here has a lot to offer such as:

If you’re a Shingeki No Kyojin fan, stop right here. This is what you’ve been looking for even before the show started it rise for glory. With the first season in 2013, this is what’s made for you.

Now’s the perfect time to make it a reality. If there’s a convention that’s coming up, this is the solution. If you’re having a hard time choosing what to wear and style in, here’s the key. With the next season in the works and the hot trailer dropping out, Shingeki No Kyojin is surely the talk of the town. It’s something that people are rewatching.

? They want it all refreshed the time the new one comes out. I’d say it’s the perfect opportunity to take it all home. The glory and the attention while meeting the colossal titan there as well.

Whatever you’re going for, Eren cosplay, Levi Ackerman�?cosplay, Mikasa cosplay, you name it. Here’s a thing that’s common to all and something that makes the whole thing complete.

So it goes with all of them. It’s like you’re getting cosplay costumes of the entire Attack on Titan cast, all of them at the same time. Utility at it’s best. The green color signifies that the grass is greener on the other side.

It gives the impression that there’s still a lot they have to discover. A lot of expansion to be done when it comes to their territories and horizons. The wings of freedom make it clear that despite the walling, humanity is free. It makes it carved in stone that no one is succumbing to these titans even if things continue this way for a million years.

You can’t kill with your hands alone. These Titans need to be taught a lesson in a way that they don’t get back up ever again. It’s only possible if we put them out their misery�? completely. For that we need a weapon that’s sure to guarantee a complete victory.

A perfect way to make them bite the dust. This is where the swords, forged from special steel. This is found only in the industries located inside the walls come in.

These swords cut through Titans as if they’re melted butter. One that’s ready to be spread over the bread that you’re going to be eating on your way to school. Typical school anime reference. These swords would make your Attack on Titan outfit cosplay complete. It would get you armed and ready to slay all the Titans that come to sight.

The swords have a place they want to be when they’re not in your hands. True, a warrior at heart always keeps his blade in his hands. But we’re no Vikings now are we. Plus, in order to fly around doing all kinds of gymnastics that put the circus props to waste.

That’d surely make those tricksters lose their minds. Something like that is only manageable by the gear weapon right here. Parkour’s nothing when you’ve got this bad boy.

It’s sure to make a burst of the air come out. It’d make you fly out as if you’ve come straight out of a cannon. Ready to burn everything and anything that moves on sight. Perfection, when it comes to the Attack on Titans cosplay costume is possible only with this. It is possible only when we have this Attack on titans cosplay gear weapon. It’d transform us into beings swifter than any eagle or hawk.

I’ve always wondered how cool those cowboy boots are. With those spiky projections from the back on those wheels. I’ve never been more wrong since simplicity is the best at all times. Look at these boots. These completely show how you can be simple and at the same time still kick ass. They’re durable, tough, not wearing out the least no matter how many Titans you step on. They stay true to the brown color.

The color that goes hand in hand with all those straps on the Attack on Titan outfit. It makes it all come together in the most perfect way possible. With this, everything is here. Your Attack on Titans cosplay cloth is as complete as it gets. Get ready to fight some titans now.

Make sure you’ve a feel of the whole Attack on Titan cosplay costume in its entirety since it’ll make things look way more smooth and clean. Moreover, make sure that you go along with the character you’re going along with since they’re all different in all the ways there are. It can be uncomfortable I know since there’s a lot but trust me, bear with it. It looks super cool and is worth all the uneasiness that comes along with it.