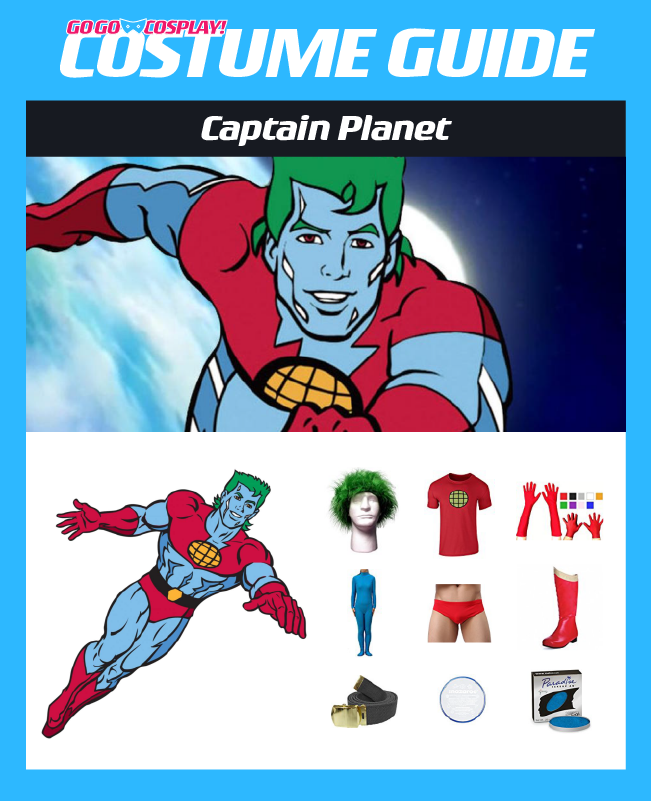 If you were a 1990’s kid, chances are you remember the environmentalist cartoon Captain Planet and the Planeteers. As a powerful superhero with his team of earth-conscious kids called the Planeteers, Captain Planet fights against the evils of pollution and spreads a message of respect for Mother Nature. He might not be a web-slinger like Spider-man or a dark knight like Batman, but he’s a strong guy with lots of impressive qualities.

Plus, according to Wikipedia, Paramount Pictures is attempting to develop a script for a Captain Planet film, so a costume like this is more timely than ever. Not to mention that its a fun nostalgia trip back to the late 20th Century that will impress any friend of yours who grew up watching the cartoon.

Check out the links below to make your own DIY Captain Planet costume for cosplay or Halloween.

What better hair color for an eco-friendly superhero than bright green? To get this unique style, you can either dye your own hair or choose the temporary method and wear a green wig. Check online costume shops for a wig in the same shade of green as the Captain’s. Cut it into his same signature hairstyle using a regular pair of scissors.

Captain Planet is known for his blue complexion, intended to go with his green hair to represent the colors of Planet Earth. You might not be able to dye your skin blue but you can still check online costume shops for a full-sized light blue body suit! Choose one that covers your arms and legs completely, and go with a light pastel shade. Before wearing it in public, try it on to make sure it isn’t see-through. You can wear a white tank top and thin white shorts underneath it to prevent it from looking transparent. Look for the same light blue shade and buy some Halloween makeup to do your face. Most online costume stores sell it, or you can check out the cosmetics counter at your local drugstore.

Captain Planet wears red gloves, red underwear, red boots and a black belt with a bright gold buckle. You can purchase all these accessories online or shop around locally to see what you can find. Remember to choose the right kind of underwear – Captain Planet doesn’t wear boxer shorts or a thong, but you can pick whichever style you prefer for your costume. To get a better idea of the style he wears, look at a picture of Captain Planet himself. If you can’t find a belt with a gold buckle, you can buy a black belt online and then paint the buckle with metallic gold acrylic, or you can buy a separate gold buckle and attach it to the belt yourself.

The finishing touch to any Captain Planet costume is his signature bright red shirt with a yellow earth-shaped emblem on the front. You can buy a Captain Planet logo t-shirt online and wear it over your costume, or you can paint the same logo onto an old red shirt with fabric markers. Look at an image of the logo and shop around to see which online costume websites carry the same shirt in your size.

By your powers combined, I am Captain Planet! 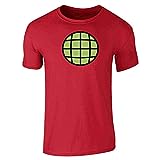