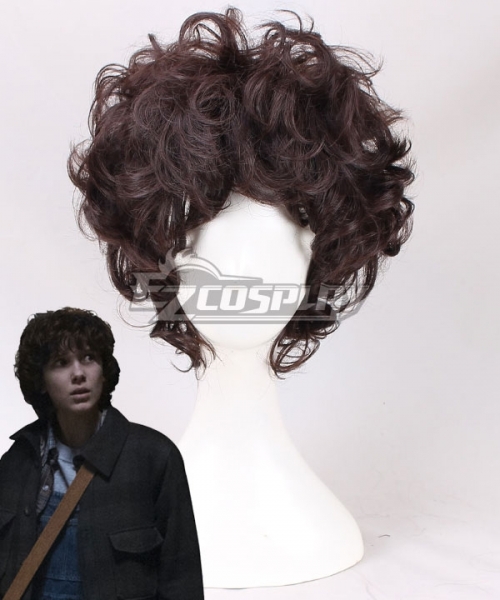 Eleven, the mysterious and gifted girl who escaped from a top secret military testing facility in the breakout Netflix hit show ‘Stranger Things’, wears a variety of outfits during the course of the show. She wears her most iconic outfit when she ventures out in public in search of a missing boy named Will Byers with his three friends who sheltered her.

In an attempt to evade the evil scientists from Hawkins National Laboratory who were frantically looking for 011, the boys decided to dress her up in a more girlish outfit from the one she assumed after escaping the facility.

Eleven’s disguise consists of a pink dress, some knee high athletic socks, a navy blue windbreaker and a blonde wig to cover her head which had been shaved during experimentation. Along the way she raids a local store for some Eggo waffles.

Learn how to put together a DIY eleven costume below. 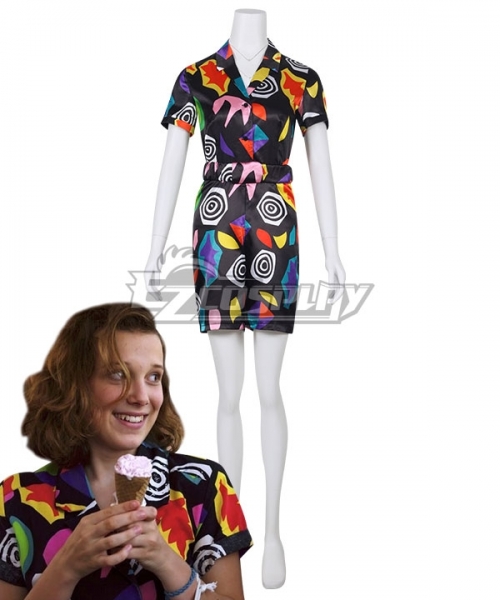 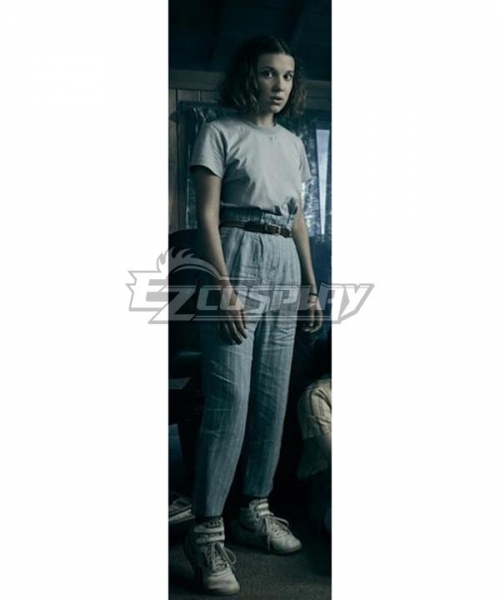 As a human test subject, Eleven’s head was shaved to allow for experimenters to attach equipment to her head to measure her psychokinetic capabilities. By the time she escapes Hawkins facilities she has a buzzcut with dark brown hair. However, when she tries to use a disguise to venture out in public she uses a long blonde wig with wavy hair to disguise herself.

While on the run, Eleven wears a navy blue windbreaker that she got from one of the boys. She wears the jacket over her dress.

As part of her disguise, Eleven wears a salmon-colored babydoll dress with a blouse collar. After years of wearing nothing but a medical gown and being treated as a test subject, dressing up makes Eleven view herself in a different light.

Stranger Things is set in the 1980s so it’s no surprise what shoes Eleven wears as part of her disguise… White hightop Chuck Taylor All Stars – the quintessential 80s athletic shoe. She pairs her sneakers with knee high white socks with yellow and green stripes.

An Eleven costume wouldn’t be complete without a box of Eggo waffles which she lifts from a convenience store while on the run. Walk around with a box of Eggos in your hand to complete Eleven’s “Stranger Things” look.

Eleven is a young girl gifted with telekinetic powers who was born and raised within the Hawkins National Laboratory and been part of ongoing experimentations involving alternate dimensions her entire life. Born to a young woman who was a test subject of a controversial government program known as MKUltra, Eleven was born with extraordinary psychokinetic powers which made her a valuable asset.

Never given a proper name, Eleven was instead named after her position as test subject: 011. Upon birth, she was abducted and raised by Dr. Martin Brenner within Hawkins National Laboratory. To Dr. Brenner, she was the perfect test subject because the circumstances of her birth (and subsequent cover-up) made as if she were never born at all as far as the outside world was concerned.

Shortly after the mysterious disappearance of a local Hawkins boy Will Byers, Eleven escapes the lab and finds shelter with a few of Will’s best friends who believe she is the key to finding their missing friend.