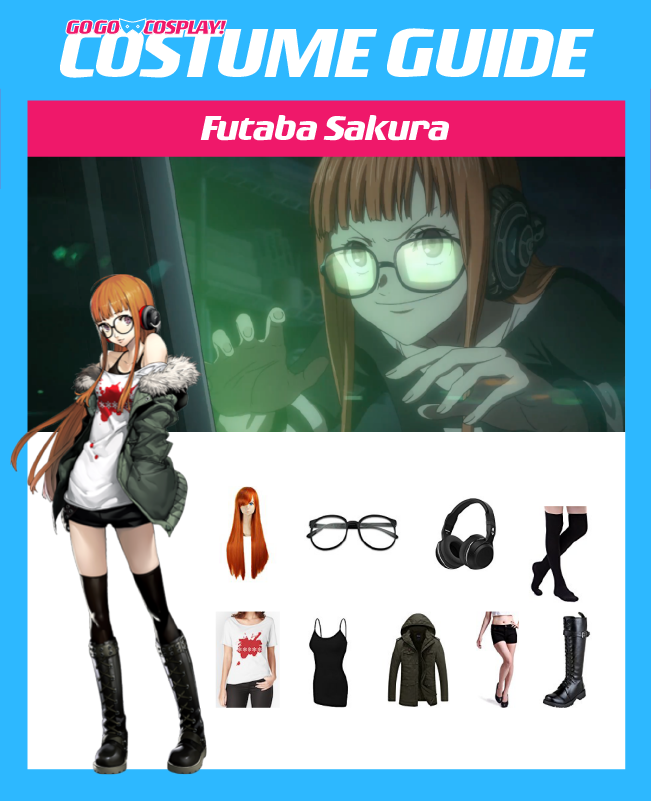 Futaba Sakura is a popular character from Persona 5, a role playing video game released in 2016. Unlike other characters in the game, she is a bit of a recluse. She doesn’t attend school often and rarely leaves the house, but she does have an excellent sense of style which makes her a popular cosplay choice for anime fans!

Futaba wears hipster-style glasses and has bright orange hair that reaches her waist. She is always seen wearing big headphones to block out the world around her.

Read below to learn how to dress like Futaba Sakura for cosplay and halloween. 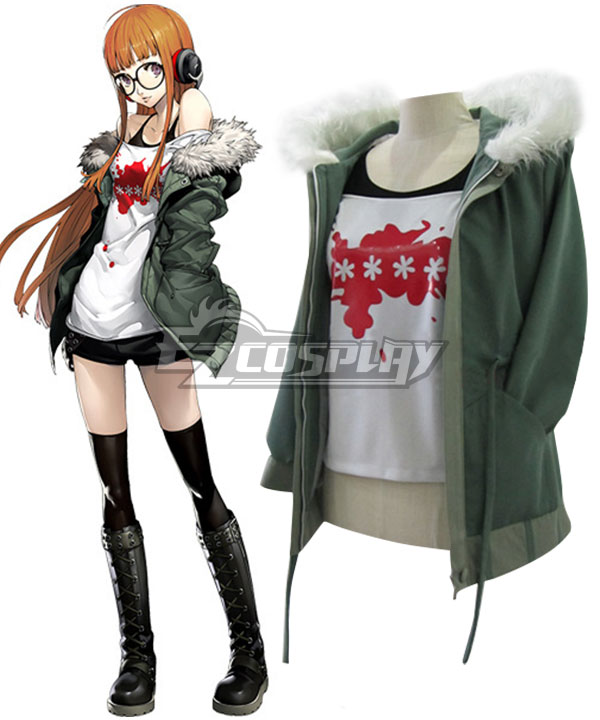 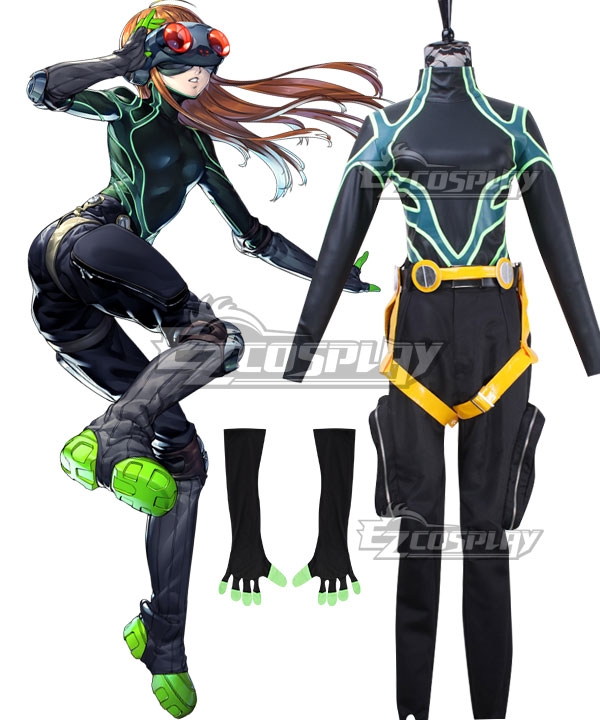 Unless you are blessed with hip-length hair, you’re going to need some extensions or a wig for this one. Again, unless your hair is a wonderful tone of ginger, some semi-permanent dye will have to suffice instead of the real thing. She has a fringe too, so this one all depends on how committed you are.

If you’re wearing a wig, bangs can easily be cut, but if you’re doing this with your own hair and don’t have bangs, don’t worry too much unless you really want to capture every detail!

Futaba wears oversized round frames which give her the look of a young hipster girl. If you don’t already have similar pair of glasses, be sure to add them to your cosplay collection as you’ll need them for this.

Futaba wears many layers of clothing, including an undershirt, a t-shirt and a heavy coat. But don’t worry, all of these items are not too difficult to come by. She sports a black undershirt and a white t-shirt that sits quite loosely on the shoulders.

Her white t-shirt has a red splatter of blood on the front with five white asterisks overplayed on top of it. You can buy the exact shirt online but can easily make your own using an old white tee and some fabric paints. If you so wish, you can create cardboard stencils of the asterisks and spray paint red over these to leave the asterisks white.

Her coat is the final touch to complete a perfect Futaba Sakura cosplay. She wears a green parka with a white fur hood which extends past her waist. A parka is a common piece of outerwear so if you haven’t already got one, it should be pretty easy to pick up.

Futaba wears very small and form-fitting black shorts. Paired up with her shorts, she also wears knee-length black socks. These items are easily found online or at any retail store.

Your Futaba cosplay is almost complete! Just don’t forget the boots. Any pair of long black boots will do for this one, as long as they are over the top of the shin. If you can find an army-style type boot, with laces to the top, then perfect. If not, don’t worry too much, with the black socks, any long black boot will look good.

To finalize the look, we can’t forget about Futaba’s headphones. They are an essential aspect of her character. Make sure headphones you use are quite bulky and black. Music optional!

I won’t let those distorted lies deceive me anymore… And I won’t be led astray by other’s voices either… I’m going to trust my own eyes and my own heart to distinguish the truth from the lies. There’s no way you’re my mom! You’re just a fake created by those horrid adults! I’ll… I’ll never… I’ll never forgive them! 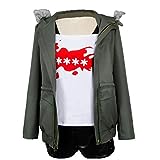