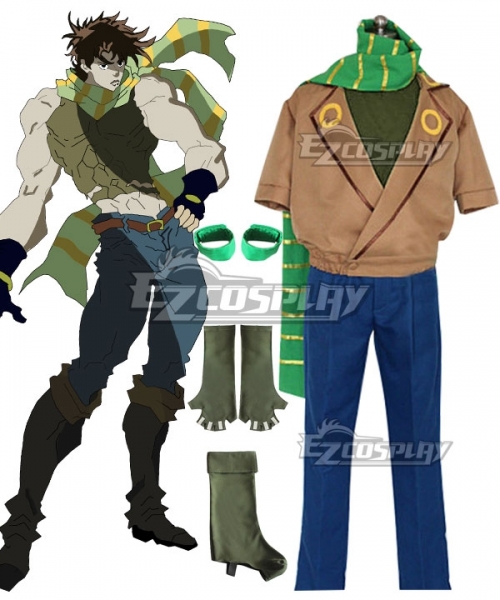 Joseph Joestar is the protagonist of the anime series JoJo’s Bizarre Adventure Part 2: Battle Tendency. Joseph is the grandson of Jonathan Joestar, the original JoJo. Joseph inherited his grandfather’s natural propensity for the Ripple martial arts, also known as the Hamon technique. Joseph is characterized as being a short-fused and antagonistic 18-year-old. Soon, his fate crosses and intertwines with that of his grandfather’s and he has to face enemies, old and new.

Joseph Joestar has an iconic look which makes him an exceptional cosplay choice for fans of JoJo’s Bizarre Adventure series. Read below to learn how to dress like Joseph Joestar for cosplay and halloween. 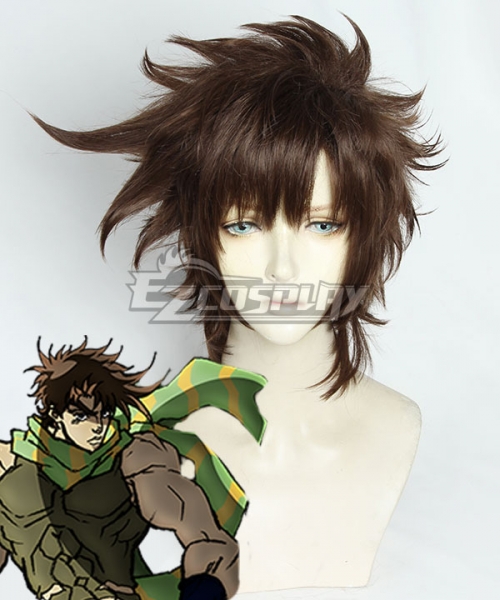 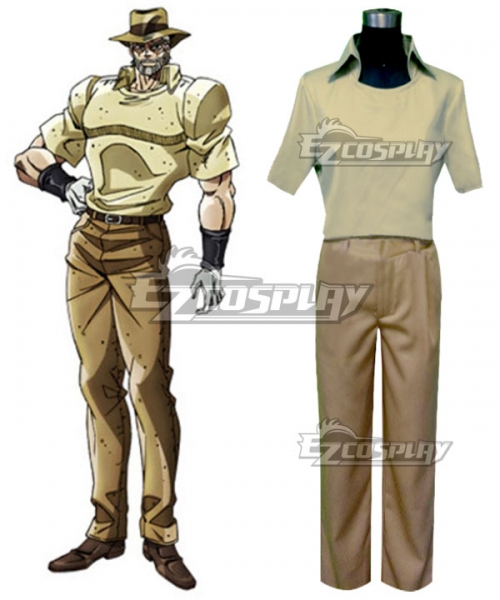 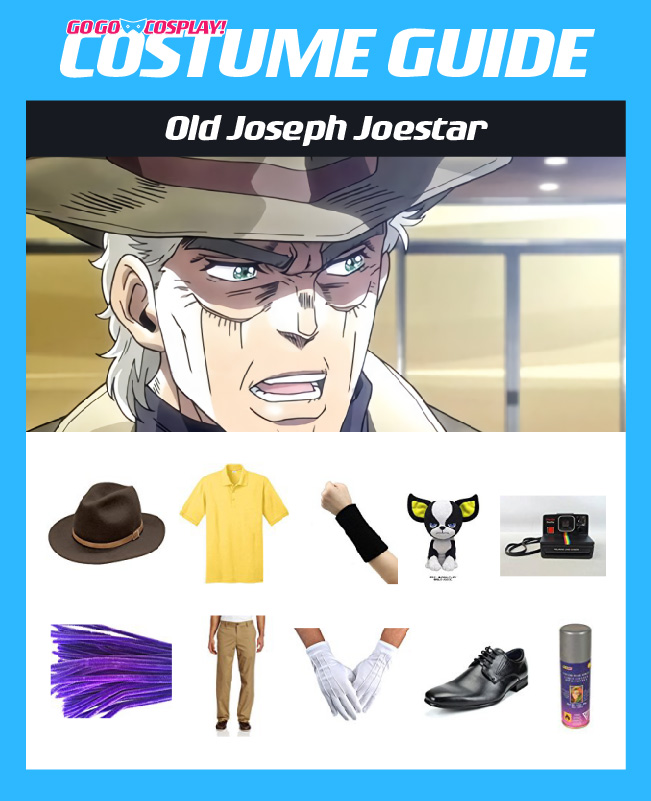 Joseph Joestar has a few distinctive looks throughout the anime series, but his physique makes him instantly recognizable. He is tall, muscular and handsome. He has light, greenish eyes, short brown hair which is always unkempt with parts of his hair standing out in spikes. His most common outfit is on the skimpy side considering his build. He wears a cropped dark green tank top, studded gloves, tight pants with a belt, and knee-high boots.

In some variations, Joseph wears a yellow-striped green scarf that is long and broad. He later dons a thin headband with a triangle pattern. Later on, to differentiate him from his grandfather Jonathan whom he resembled, Joseph wears a bomber hat and aviator goggles. This also helps to streamline his look with the overall feel of Battle Tendency, which is on the “mechanical” side with planes and motorcycles being featured.

In the manga, he is depicted wearing pretty much the same outfits as in the anime except that most of his look is in purple. He has purple hair and eyes and wears a purple tank top.

In Part 3: Stardust Crusaders, Joseph reappears as a supporting character because his grandson, Jutaro Kujo, is then the main protagonist. In this installation, Joseph is 69 years old and he ditches his rugged teenage looks and takes on a more mature appearance. He still has his good looks, except that his brown hair has turned t gray. In order to style his look here, you will need to grow a thick, well-groomed beard or find a fake one that matches his look.

As an elder, Joseph Joestar sports a dignified but adventurous aura with his subdued and graceful clothing. Think, Indiana Jones. He wears a brown fedora; a light yellow short-sleeved shirt with no buttons; khaki trousers and dress shoes. He also wears white gloves and black arm warmers. Rather than a fashion statement, the gloves are meant to conceal his prosthetic hand, which he had lost in a fight in Part 2.

In his first appearance in Part 3, the elder Joseph wears a turtleneck sweater topped with a trench coat.

In Part 4: Diamond is Unbreakable, Joseph makes his final appearance in the series as a 79-year-old senile old man. His tall and powerful build during his heyday is still apparent. However, he is now slightly hunched over and walks with a cane. He wears a tiny pair of pince-nez spectacles, emphasizing his physical deterioration. He still wears a hat, this time a light brown woolen hat with black spots and ear flaps. Under his brown trench coat, he wears a collared shirt, a tie, and loose-fitting pants. He still wears gloves.

Feed your JoJo obsession and be the perfect JoJo for for your next cosplay event or halloween party.

Leave me alone! Go away! I didn’t attack them for your sake! I want to be a true gentleman! You were a Damsel in Distress, a true gentleman needs to be brave enough to go into a fight he know he’ll lose. But one day… I’ll be strong enough to win…