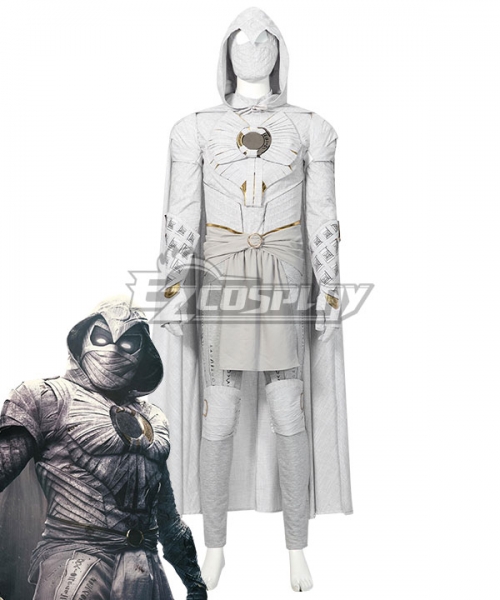 In this cosplay guide, we will show you how to put together a costume for the mysterious hero Moon Knight.

Moon Knight is the alter ego of Mark Spector – a man who worked as a mercenary in Egypt with the notorious Raoul Bushmen. After a confrontation with Bushmen, Spector was victorious but was left alone to die in the cold dessert.

On the brink of death, Spector was saved by the Koshnu – the God of Moon who gave him another chance at life. From that point on Mark Spector became Moon Knight.

Many people believe that Moon Knight has a striking resemblance with another brooding urban superhero – Batman. In some ways, Moon Knight is Marvel’s answer to Batman. The character rose to prominence as a Marvel superhero in the 1970s at the peak of “Batmania”. 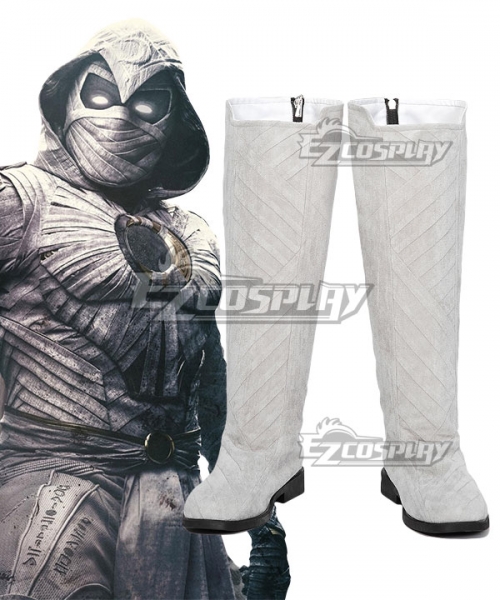 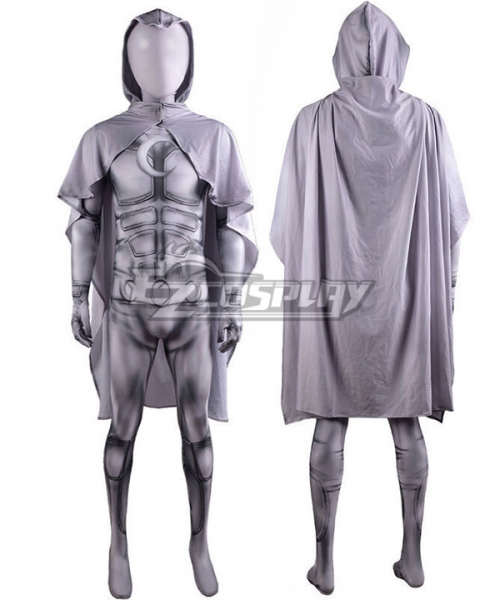 Moon Knight wears a black bodysuit underneath his white cape and armor. You can wear a black muscular body suit to try to replicate Moon Knight’s powerful physique. Many stores have such bodysuits available for purchase, some may even be part of a Batman costume kit.

Moon Knight’s signature look isn’t complete without his iconic white cape and hood. The hood obscured much of his face leaving it in shadow with only his glowing eyes visible. You can recreate this look by wearing a black ski mask underneath the cowl.

After meeting with Lord Koshnu, the crescent moon became an important part of Moon Knight’s attire. In different variations of his costume, it either appeared on his chest or hood.

Any leather boots with long gaiters work well with a Moon Knight costume. If you are not going with body suit, then choose for cargo pants or skin tight jeans above these boots.

Gloves and armor are an essential part of any Moon Knight costume. In many iterations of his costume, Moon Knight wears long white armored gloves, shoulder pads and chest plate. You could use football or hockey pads to replicate this look or make these armor elements yourself using foam.

I am Moon Knight. The bearer of the mantle of Khonshu. Khonshu the justice bringer. I am vengeance.