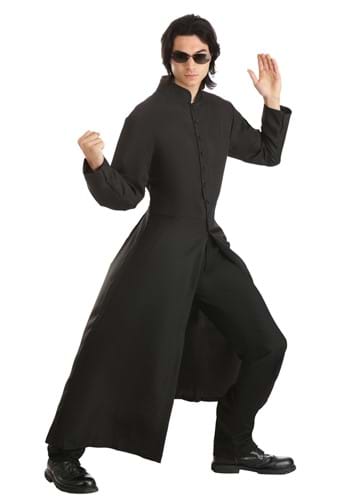 The Matrix Neo Costume for Adults

Get ready to enter the Matrix with our DIY Neo costume guide. Become the physics-bending digital avatar in a simulated world by dressing up as the iconic Keanu Reeves character. Keep reading to learn how.

“I know you’re out there. I can feel you now. I know that you’re afraid… you’re afraid of us. You’re afraid of change. I don’t know the future. I didn’t come here to tell you how this is going to end. I came here to tell you how it’s going to begin. I’m going to hang up this phone, and then I’m going to show these people what you don’t want them to see. I’m going to show them a world without you. A world without rules and controls, without borders or boundaries. A world where anything is possible. Where we go from there is a choice I leave to you.”

Neo was born connected to the Matrix as Thomas A. Anderson, a normal citizen with a social security number. He had a day job as a computer programmer for MetaCortex, and he was doing alright. Then he was told that everything he thought was real, everything that he could feel, smell, taste and see, all the electrical signals interpreted by his brain, were all lies.

He had just been shown The Matrix. Some would prefer not to know, to enjoy the smell of flowers or the taste of a steak. But once you take the red pill, you cannot go back to believing that “reality” is all there is to life. You start to notice the glitches, and in Neo’s case, you want to let everyone know, for good or ill, what is truly real and what is not.

Neo dressed entirely in black, futuristic clothing, as did many who knew about The Matrix. He is very pale, from being in captivity like everyone else, his black hair is slicked back, he wears dark sunglasses, a black t-shirt, and black long leather trench-coat, a black belt with a silver buckle, black pants, black boots with a silver buckle, and a black machine gun. Looking at him reminds you of a futuristic film noir, which is probably all part of the design.

Length: 32 Inches, Requires 3 AA Batteries (Not Included) Please Note This is a Battery Operated Toy Gun, NOT an Airsoft Gun 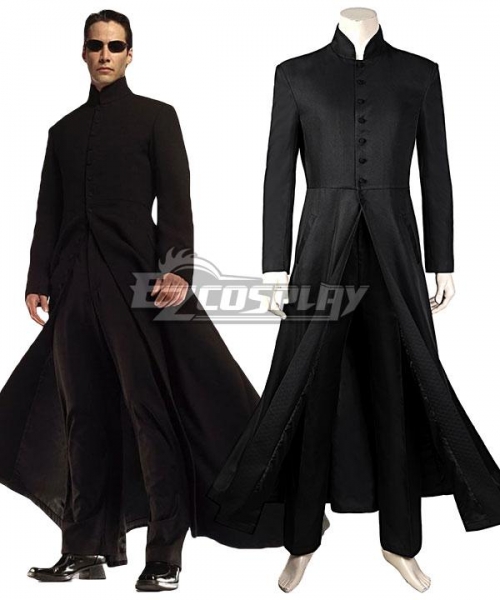 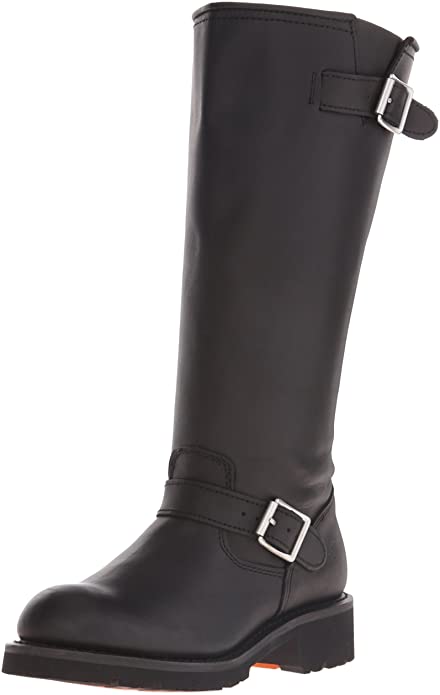 DURABLE FULL GRAIN LEATHER: Full Grain leather is made from the strongest part of the animal hide and therefore makes the most durable and most water-resistant form of leather.

Neo wears his jet- black hair slicked back with gel. He doesn’t like the idea that he’s not in control of his life, so he takes full control of his hair.

He wears a dark pair or sunglasses with no frames. They’re the type of sunglasses where the bridge and the temples are screwed into the lenses. You can find these online, or at any major retailer. You can’t look into his eyes, because you’d only see emptiness there anyway.

Neo wears a black t-shirt. You can find these marketed as an undershirt online or at any major retailer. When you’re wearing this, all you’ll be offering is the truth.

He is famous for his long leather, black trench- coat. You can find these online or at any costume shop. You’ll want to wear a shiny plastic version instead of leather or pleather so that it’s not so hot. Don’t want heat stroke while you’re doing kung fu.

Neo wears black pants. You can find these online or at any major retailer. The elasticity in the legs helps him fight the Agents, so make sure they have some stretch.

He wears a black leather belt with a silver belt buckle. You can find these online or at any major retailer. Just don’t bend the buckle. Bend yourself.

Neo wears black captain boots with a silver buckle. You can find these online, at a costume shop, or at any major retailer. There is a difference between knowing the path and walking the path, and with these boots on, you can walk the path far more easily.

He carries a black machine gun. You can find these online or at any costume shop. Because you’ll need guns. Lots of guns.

Now go and find the Architect. But remember, if you are killed in the Matrix, you die here too.