BRING THE NOSTALGIC BLISS IN A POKEMON COSPLAY COSTUME 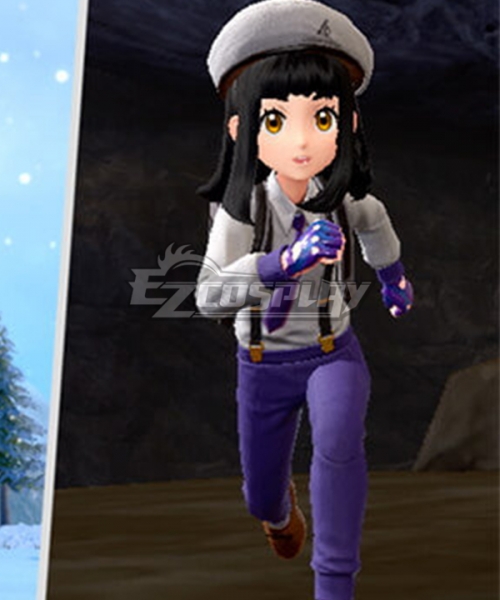 A Pokemon Cosplay is a trip down the memory lane for most 90s and 00s kids. It is the go-to series whenever you want to remember the lazy weekend feeling sitting in your parents’ living room enjoying a glass of juice or milk or something homely like that. It also brings the nostalgia of fighting for the TV remote with your siblings (speaking of which, do you also have favorite remote fights or is it just me?) 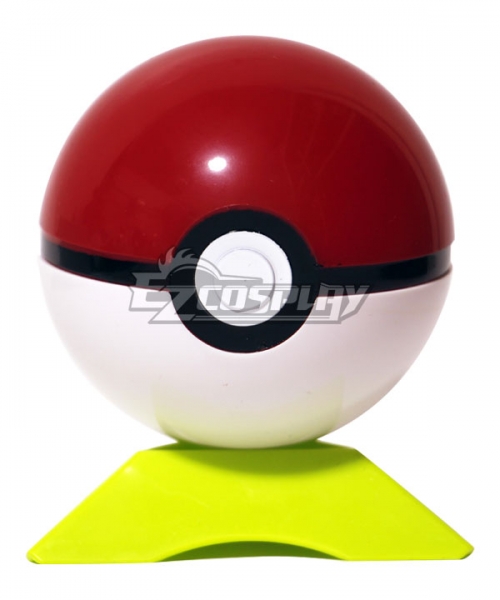 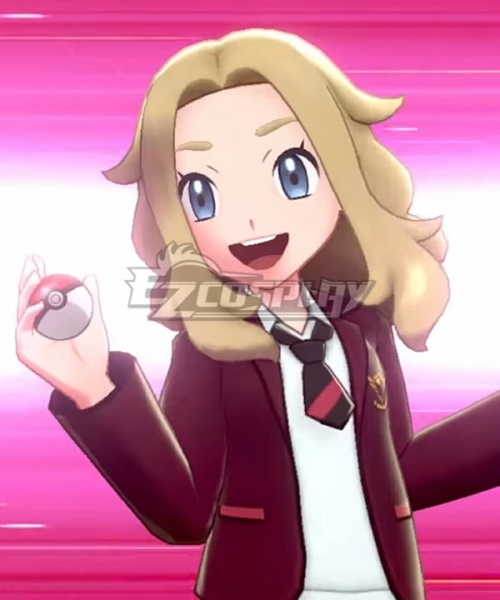 Play Your Best Characters in these Pokémon Cosplay Costume Ideas

If there ever existed a selfless Pokemon trainer, then Ash ketchum would be that character. He is the main human character of Pokemon Anime, Manga and other Pokémon franchise and he goes to painful lengths to earn the trust of every pokemon he catches and trains. He has mastered various abilities that include the use Aura and Bond Phenomenon, among other powers. An Ash ketchum Pokémon cosplay is an outward manifestation of your inner dedication and selflessness towards a worthy cause.

Cosplaying Ash Ketchum requires that you search for quality Pokemon trainer outfits from a trusted site. Ash Ketchum has a tan skin, black hair and is always wearing a baseball cap with a Poké Ball on it. You may also need to have tattoo artist draw temporary lightening bolt marks right under your eyes or buy temporary tats to bring this cosplay category to life.

You will purchase and wear Ash Kechum Pokemon cosplay costumes that match your favorite Pokémon Series. For Ruby and Sapphire, you will wear a black short sleeve undershirt that has a red stripe underneath a blue sleeveless hoodie. You will also dress in light blue jeans and matching sneakers.

Ash is dressed in white short-sleeved undershirt under a black vest with blue Jeans and red sneakers in the Diamond and Pearl series. The Black and White Series outfits include white hooded Jacket, black baggy jeans and high hooded sneakers.

You will search and dress in appropriate costumes for other pokémon series like the Sun & Moon, XY and XYZ, and the Pokémon Journeys. You may also explore Pokémon cosplay accessories to wear with your outfits.

Cosplay Pro Tips: It would help if you enter various Pokemon Fandom groups to compare your costume details with other cosplayers. Additionally, you should search for Pokemon cosplay costumes that fit well and are comfortable to be in.

Bring Out Your Z-Move in Pikachu Pokemon Cosplay Costumes

Pikachu is Ash Ketchum’s first Pokemon and is popular among Pokemon cosplayers and fans the world over. Pikachu is the only Pokémon in the series with the Z-Move ability, and you will embody its powers while cosplaying the character. There are various Pokémon Pikachu characters in the Anime, Manga and other Pokémon franchise that you will find fun cosplaying.

You, however, should be aware of the differences between the Pikachu characters in various series before you order or create your Pokemon mascot. The basic Pikachu mascot is yellow with little alterations depending on the Pokémon series you plan to cosplay. The Pokémon in Omega Ruby and Alpha Sapphire series, is female and has black heart marks on its tail, and changes depending on the different contest conditions. Pikachu in a cap is a male Pokemon and dressed in various Ash ketchum’s caps. There are also unisex Pikachu mascots you can adapt for this cosplay category.

Cosplay Pro Tips: Dressing in a Pikachu mascot can be uncomfortable on account of movement limitations and the heat the outfit generates. As such, it would help if you purchase quality Pikachu Pokémon costumes created with breathable material.

Misty is a Gym Leader at the Cerulean Gym and one of the leading female characters in the Pokemon series and a dedicated trainer. She envisions to travel and see the world after she becomes stronger. She works hard to improver her Water-type Pokémon style, which helps her to win many battles. Misty is known to give the Cascade Badge to trainers that defeat her in battle.

Misty is dressed in various costumes throughout the series, which gives you the opportunity to select a cosplay outfit that suit your fashion style. You will purchase a short blue two piece swimsuit and relevant sandals if you want to appear as Misty does in Red and Blue. Her clothing changes to a full body swimsuit that she wears underneath a white jacket, and her hair is honey-colored. In other series, she wears a sleeveless shirt, blue shorts and matching sneakers.

Cosplay Pro Tip : Misty is has a unique fashion style and it would help in you found relevant Misty accessories to wear with your Pokémon outfits.

Adapt Your Reptilian Roots in a Charmander Pokémon Costume

Charmander is a reptile of the bipedal form (walks on two legs) which makes it relatively easy to cosplay compared to other creatures in the series. He is a fire-style Pokémon (with fire at the end of its tail). Charmander is majorly orange with cream patches at various body parts.

Cosplay Pro Tips: Most cosplayers dress in the mascot form of the Charmander character, but you can always explore other Charmander Pokémon costumes to fit this cosplay category. You could also adapt a Kigurumi costume that you can use as a pajama.

Share Your Healing Energy In a Nurse Joy Cosplay

Nurse Joy (or Pokémon Center Lady) is a team of nurses that care for injured Pokémon. The Nurses are committed to the Pokémon well-being and go to selfless heights to ensure they preform their duty to the world. When Team rocket take over the Pokemon center, nurses have to improvise new ways to care and bring Pokémon back to their best form.

There are many Nurse Joys in the series dressed in costumes that match the season and their affiliation. The various Nurse Joy costume sets include a pink-colored dress underneath a white nurse apron and matching Mary Jane shoes. You may also choose to dress in a shorter nurse coat, and match that with white tights and pink shoes. Whichever Nurse Joy character you choose to cosplay, ensure that your Pokemon costumes has a relevant sign to distinguish you from other nurses.

Cosplay Tips : Order your Nurse Joy Costumes early to allow the business to ship the clothing.

Embrace Your Dark Side in a Team Rocket Cosplay

Team Rocket (The TRIO) is an antagonistic organization consisting of James, Meowth and Jessie. The group’s major actions involve trying to capture Pokemon but they don’t succeed at it (even when they do, they always lose it after a short while). While they are portrayed as villains, the trio has a humane heart at their core. Various scenes show them going against their (evil) dreams for the sake of other characters.

James dresses in various costumes throughout the series. His childhood costume is a black suit that has shorts and black shoes and socks. He wears a similar black suit in his adulthood with pants in place of shorts. He also appears inTeam Rocket’s Uniform, which is a long sleeved shirt with the R sign on it, white pants and black shoes.

You could add a few Pokemon accessories to get a better James cosplay experience.

The Team Rocket’s Meowth is different from other Meowth in the series especially because he can walk on two feet and talk like humans do. He is essential to both Team Rocket since he helps James and Jessie translate Pokemon language. His mischief is rewarding to his fans, especially when the mischief involves his greed for food.

Meowth cosplay Kigurumi is a perfect pajama suit, or you can try a Meowth mascot for the next Anime and Manga event.

Jessie (Jessica) is the leading antagonist character of the Pokemon series. She is the drama-queen par excellence and is quite short-tempered. Despite her shortcomings, Jessies has a unique sense of fashion and a Jessica cosplay is a perfect chance to showcase your dark side.

She has a long, magenta colored hair and blue eyes. She wears the normal Team Rocket uniform, although hers has a short shirt that exposes her belly button. She sometimes wears short skirts and knee-length boots. You could also embody one of her many disguises that include various aprons, and a puffy dress, among others.

There is Something for Everyone in a Pokemon Cosplay

Dressing in Pokemon costumes takes you down the memory lane and it would be great cosplaying your favorite pokemon characters with your childhood friends and siblings. You could also create a family Pokemon themed party for your family, which would be a dream bonding activity.

Pokemon costumes come in all sizes, genders and ages, so there is something for everyone in a Pokemon cosplay. Which Pokemon character will you play, and would you share your images with the world?