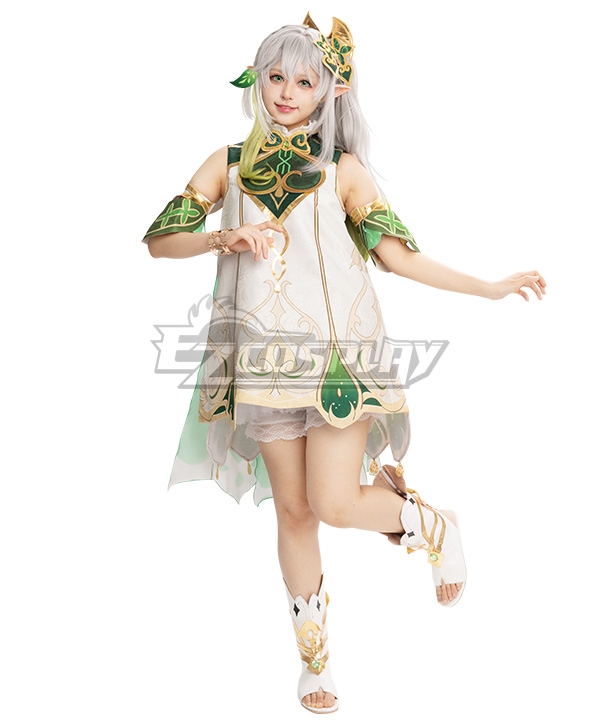 The world of cosplay is extensive, due to the different subcultures and tastes that can develop one or several individuals. As you have probably heard, the cosplay s a variant of costume and role-playing, that is why in this section, we will mention the best cosplay girls ideas for you, if you are interested, stay with us.

Here we will show you the most popular 20 cosplay girls ideas, however, we will also add some materials you need.

This idea emerged in 2018 with the new release of the Super Mario, where the crown came to boom, which used Toad to transform into Princess Peach. Without a doubt, many users started the imagination, that was the case of a Twitter user who decided to make a version of Bowsette, designing it as a Peach-like woman. Many fans have flaunted their creativity and started making use of baby dolls or other utensils to make the costume.

It is a good idea for a cosplay girl because of its sensuality.

What you need to make it, is:

-Garters, these you can find in your nearest store and add details to give that unique touch.

– Blonde wig, or if you have blonde hair fit it according to the design.

-A leather or Lycra baby doll with leather effect, otherwise you can make it yourself.

Kamado Nezuko is a character in the demons slayer(Kimetsu no Yaiba) anime. He’s one of the main characters. She was a human who was converted by a demon, the plot is based on her journey to return to normal. This is one of the most popular characters in the series, so it is a good choice to perform an incredible cosplay.

Raven is a character from the DC Universe. She is a heroine who fights against the Teen Titans, her first appearance was in DC comics specials.

This character is characterized as a quiet person and with enormous strength, however, contrasts with his angry personality and with a bad character.

However, over the years it has become one of the characters of the girls for cosplay, so, if you are interested in this character you can choose to make the costume and apply makeup.

Harley Quinn is the craziest character in the DC Universe, being the girlfriend of the fantastic Joker. This character has been characterized by being a free person in certain respects and with a touch of rebellion.

So much is his rise that he has won the attention of the girls, and is one of the most played characters, both by women and men.

Princess Peach is a character created for the Mario universe. She is the Princess of the Golden world. However, what has made this character so popular, is her personality and charisma, in addition to the simple clothes. As she only needs a dress, depending on the design you choose. And a wig, and of course, also makeup.

Sailor Moon is the Princess of the Moon and protagonist of the Sailor Moon franchise by Naoko Takeuchi. Being one of the most popular characters in the world. We should talk about her. Sailor Moon has thousands of designs that we can employ, but you need to keep one of the most relevant features. This is her hair, blonde and long collected in two adorable dangos. We can dress her up as Princess Serenity, Sailor Moon or in other versions.

Hinata Hyuga is a character in the manga and anime Naruto. She is portrayed as a sweet and quiet girl, in addition to being the future wife of Hokage, Naruto. She is one of the popular characters in the cosplay world, being played by several girls. His character design is relatively simple. Nothing more than a purple or gray sweatshirt, and black shorts. For its part, it is necessary to wear a dark blue wig and white contact lenses.

9-Raphtalia Cosplay girl from The Rising Of The Shield Hero:

Raphtalia belongs to the universe of the Rising of the Shield Hero. This character stands out for its charisma and character design, giving it a medieval look and an adorable shape. However, he is a character that requires work, this due to the materials that are required to design a good clothes guard. For this, we recommend fitting the suit online.

The beautiful and smart Velma. A character from the Scooby Dooh universe. This character is simple to perform and really anyone looks good in it. Just get a red skirt, orange socks, and orange sweater and a matching pair of brown shoes. Something that makes it practical is that, if you have dark brown hair and short, it will be much easier without the need for a wig.

Mikasa Ackerman is a female character in the Attack of Titan franchise. Considered as one of the strongest characters of it. If you are a fan of strong and beautiful women, this is your ideal cosplay.

The costume can be made by yourself, however, you can buy it directly from a cosplay store. His most outstanding physical characteristics are his red scarf, short black hair.

Bulma is considered one of the beautiful characters in Dragon Ball. It has different designs to interpret, from its teen version. As well as its young adult version, and adult. Something that makes her very flexible is the fact that you can make her costume at home. without having to make any more purchases, however, it is still necessary to use a wig, since the character has blue hair and previously, purple.

Himiko Toga is one of the villains in the series. It stands out for being a crazy girl, who likes to be smiling. However, it has gained the popularity of girls. His costume consists of a sailor uniform with a sweater, you can buy it at a cosplay store, where it comes with socks, shoes, wig and other accessories.

Zero Two is a character from the Darling in The Franxx universe. An apocalyptic world. Zero Two is a pilot in command of a robot named franxx. A heroic character. If you like this type of characters you can embody it by purchasing in a cosplay store or simply design it at home.

15-Yennefer Cosplay girl from The Witcher:

With the new installment of The Witcher. Yennefer De Vengerberg became one of the most booming characters in the video game community. being one of the most beloved characters and an influential personality within his universe. This character has several designs that can put us to work since each is more detailed than the other.

16-Uraraka Cosplay from My Hero Academia:

Uraraka is one of the main characters of Boku No Hero Academy, stands out for his charismatic and simple design being one of the easiest characters to make. You can buy their costumes online or do it yourself with some lycra fabrics.

The world of Elves has spread over the years, however, with the arrival of The Lord of the Rings, and The Legend of Zelda. it was not surprising that several became fashionable. These mythical beings have existed in the fables. Being one of the most requested costumes, so it would be an excellent idea to interpret.

18-Nami Cosplay from One Piece:

Nami is one of the most beloved characters in the One Piece universe. However, it is one of the characters that have more designs being one of the most difficult to choose. Despite this, we have agreed that no problem has several. We only have to respect three essential parts, these are the hair in orange tone, no matter if it is short or long, and the tattoo that has on his left shoulder.

Sakura Haruno is one of the main characters of the manga and anime, Naruto. It gained its popularity thanks to its character development and characteristic design of cosplay girls If you want to make a cosplay of her, you can vary between her different designs, just take into account the color of her hair and that of her eyes.

Android 18, Dragon Ball character, you can make a simple and economical design, you just need a jean skirt, a striped blouse with a black top and ankle boots.

We have several models for you. That way you’ll feel comfortable with whatever you choose.