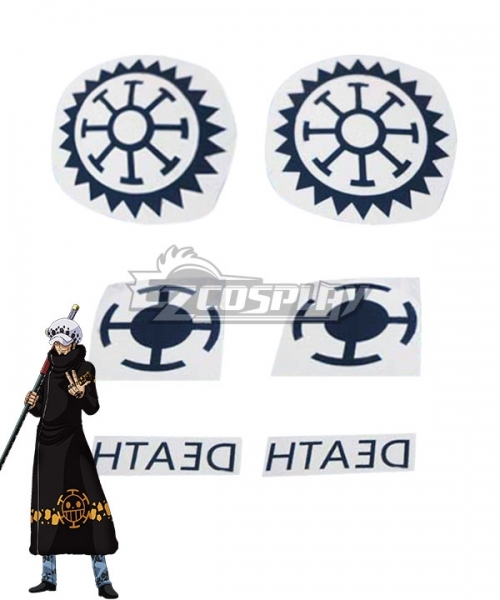 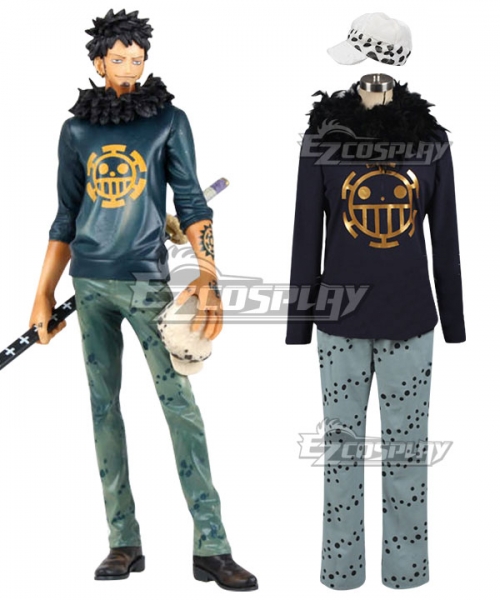 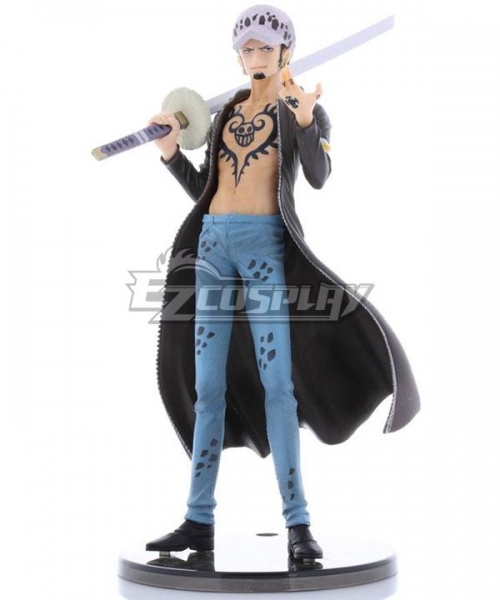 This brings back a lot of memories. It was a big turning point in One Piece. The Supernovas were something else. All of them. But there was something about Trafalgar D Law. Something to him made us realize just how formidable he can be. This makes the Trafalgar Law costume something else.

It’s a perfect fit for all the expos and conventions. Any kind of them. Even themed parties can have some of it.

We have the exact Trafalgar D Water Law costume attire right here. This version of it brings back the nostalgia. It comes along with:

One Piece fans are all over the place. The show has a lot of characters to choose from. Ever since the beginning it’s been giving us a hard time. A hard time when it comes to the choice and all. But some make an impact the moment they come on the stage. Law Surgeon of Death�?is truly one of them.

The conventions and expos can benefit a lot from it. The Trafalgar Law cosplay outfit would bring One Piece all the way here. It would make a lot of fans come up to you. Get ready for a lot of pictures being taken with you in the frame.

Let’s go in the future now shall we? We have a transformed look. This version of the One Piece Law cosplay suit we came across there at Punk Hazard. It was a spectacle since it was a fresh version of someone we knew. It brought the best out of the character.

It’s perfect for the conventions to come. Why? Cause it keeps up with the times and makes you not look a boomer.

The Punk Hazard Trafalgar D Law cosplay costume was something else. It brought a new look at the character. Here we have exactly that. The Trafalgar Law outfit right here features:

If you’re a heart pirates fan, this is for you. This is something that would put you out there as a true fan. The Trafalgar D Water Law cosplay attire is your best choice.

Whether it’s a convention or an expo, it’s got you covered. It goes well with everything. It’d make you look unique and modern with you pulling off the time skip look. You can also look out for other heart pirate members to walk like a crew. Way to intimidate people, super mafia.

Suffering from an incurable disease that’d consume him soon, Law is someone you can’t help but feel for. Doffy’s brother feels the exact same way. He tries his hardest and catches wind of this devil fruit. He is not used to anyone showing him any sympathy. So he grows fond of Corazon. They go together and he gives him the fruit. He eats it but Doffy arrives there standing in front of him with a lot of questions. He makes sure Law ends up safe and gives his life. All for the boy he cared for. Getting back at Doffy is all he cares about now.

Make sure that the hat is in its perfect place. It’ll make you pull off the cool look of the Trafalgar Law cosplay outfit. Also, try to do some chores in the long coat version of the One Piece cosplay costume. It’ll make you better accustomed to it. You should also look up some signature poses. The pictures would be a bang with them. Also, be on the lookout for Luffy. I’m sure he’ll be glad to see you there.