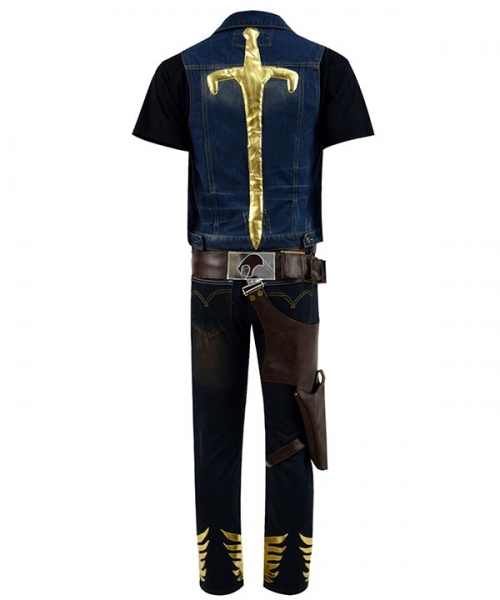 Escape into the OASIS with our Wade Watts costume guide for your next con or Halloween party.

In the nerd nostalgia novel and film adaptation ‘Ready Player One’, Wade Watts is a geeky kid living a dismal life in an economically-depressed trailer park called The Stacks. An orphan, he stays with his Aunt Alice and her abusive boyfriend. He finds solace in the futuristic digital world of OASIS, a virtual reality game that’s sadly much better than Wade’s real life. Here he finds friends, support and entertainment, and even a mystery to solve!

If you’re a huge Ready Player One fan or you really want a costume that’s current and popular, a Wade Watts or Parzival costume is definitely the way to go!

Check out the links below to make your own DIY Wade Watts costume for cosplay or Halloween. 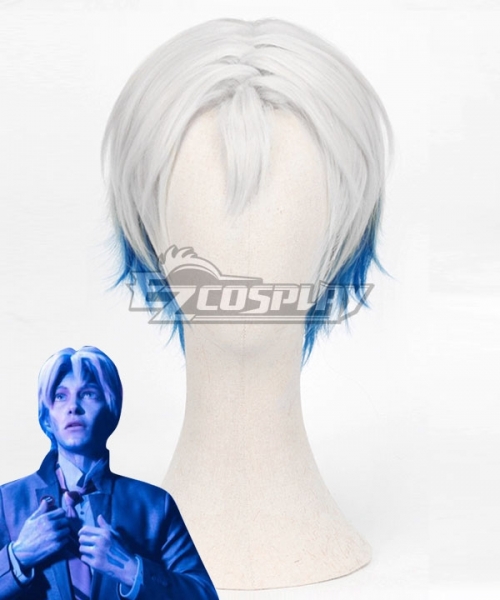 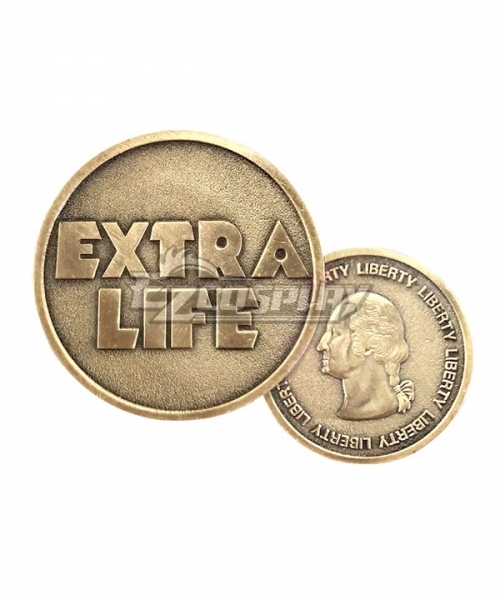 How to Dress Like Wade Watts from Ready Player One

When Wade is engaged in OASIS, he becomes his avatar, a character called Parzival. His hair is shaggy and has a frosted silver look, standing out on the screen in any scene he’s in. You can purchase a silver cosplay wig to get a similar look. For an extra glimmer of realism, add some frosted hairspray to get the same shiny look that Wade’s character has.

Wade’s avatar wears a black t-shirt under a light blue denim vest, as well as darker blue jeans. You can get the same clothes by searching online through retail websites, or you can search for a full Wade Watts Parzival costume pre-made if you’d rather. His vest has an image of a gold sword printed on the back, which you can either add with fabric paint yourself or buy pre-made.

Wade’s avatar is known to carry a black hand pistol, as well as several brown leather holsters for gear and weapons. You can purchase these supplies from a toy store or Halloween website. He also wears blue and white shoes on his feet, which you can find at any shoe shop or retail store. Don’t forget his belt! He wears a dark brown belt holding his pants up, and you can get a basic belt from most online retail shops, malls and thrift stores.

Wade’s avatar has a blue tattoo on his right arm and the side of his face, which you can recreate with blue Halloween makeup or even a light blue washable marker. Use photos from the film for inspiration.

The magic of OASIS is that it’s an escape from reality into a virtual world! Wade wears a virtual reality headset to access this strange futuristic place. You can buy V.R. headsets online or from electronics stores, or you can make a fake one yourself from craft materials like foam and plastic. Get creative and add extra details from the film, such as buttons and lights. Ready Player One was just released in 2018 so there’s no better time for this great costume, and you can get your friends and family to dress up as other characters from the film to bring the world of OASIS out of the big screen and straight into your next party or cosplay convention!

Logging into a chat room was a little like being in two places at once.