10 Naruto Cosplay Ideas To Rock In The Next Anime Event 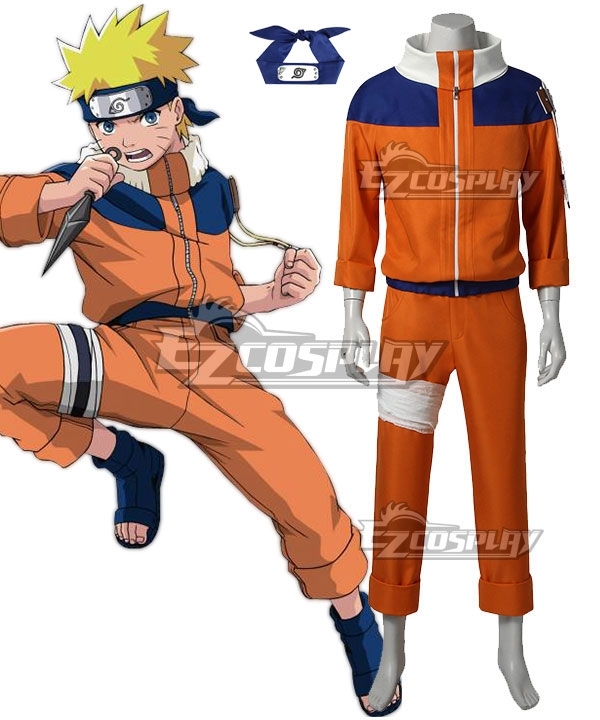 Anywho, my love of Naruto has had me collect so much Naruto merchandise I could probably outfit a small army (not that kind of army – CIA, please). Whenever I want to feel like a Ninja at an Anime and Manga event, I put on one of my Naruto cosplay costumes and walk in like one of the big boys.

Okay, so I’m totally obsessed with Naruto. There is so much to love about Naruto characters and story that I am still trying to figure out who my favorite is – initially it was Sasuke, then it became Naruto, and then Itachi and Madara came into the mix and got me properly confused.

If you are looking for anime cosplay ideas that will make you the boss at the next event, check these Naruto costumes out:

Naruto Uzumaki is the titular protagonist of the Naruto anime and manga series. He is a young ninja who aspires to become Hokage – the leader of his village. Naruto is determined and headstrong and often does not think things through, which leads to him getting into trouble. He is also very loyal to his friends and family and will do anything to protect them. He is a powerful ninja and has developed several special abilities throughout the series.

These are the perfect Naruto cosplay costumes for men and women who want to show their Naruto spirit loud and proud. Uzumaki Naruto is one of the most popular characters in the series, so there is no way you can go wrong with these Naruto costumes. You will need a bright orange jacket, dark blue pants, and a white shirt. Don’t forget the customary headband, and you will be looking just like the character.

Be an Uchiha in Sasuke Uchiha Naruto Cosplay Costumes

Uchiha Sasuke is one of Naruto’s most popular characters. He is also one of my personal favorites (don’t you just love the bad boys!). Sasuke is a highly skilled and mighty ninja, and his abilities are often compared to those of the legendary Sanin. He is also arrogant and vengeful, especially towards Naruto, who he blames for the death of his older brother Itachi. Sasuke’s ultimate goal is to defeat and kill his elder brother, Itachi.

That means that if you cosplay as Sasuke, you had better be prepared to kick some serious butt (in a peaceful manner, I hope?). This is a great costume for men and women who want to show off their fighting skills. You will need a black shirt, blue pants, vest, arm guards, leg guards, and shoes. Be sure to wear the Uchiha crest on your clothing, and don’t forget your family headband to complete the costume.

Rock the Look of a Missing Nin in Naruto Cosplay

If you feel dangerous, why not try a cosplay based on a missing-nin from the Naruto universe? These characters have left their village or been banished for committing crimes or violating the village rules. They often go into hiding and become mercenaries, selling their services to the highest bidding customer.

There are several great characters to compare if you want to go this route, but I recommend you shop for a Gaara or Kisame Hoshigaki costume. These characters have potent abilities and an intimidating appearance to make you stand out at any cosplay or comic book convention. You will need a black cloak and headband, red top, blue pants, and sandals for this cosplay. You may also want to shop for other relevant accessories or wigs that match your character choice.

Go for the Double S-rank in Sakura Haruno Cosplay

Sakura is Naruto’s teammate, one of his closest friends, and another member of Team 7. She has a crush on Sasuke throughout the series but does not interfere with her loyalty to everyone else. Her dream is to become a solid female ninja like her older teammates, and she works hard throughout the series to achieve her goal.

Sakura is another popular character that Naruto cosplayers love to portray. She has bright pink hair, green eyes and wears a red qipao dress with the hemlines on both sides of her legs reaching below her knees. Sakura also wears black arm guards, thigh-high boots, and a forehead protector.

Don the Cloak of Uchiha Madara in a Madara Cosplay Costum

Uchiha Madara is one of the strongest ninjas in Naruto’s world. He is credited with founding Konoha, the hidden leaf village where Naruto lives. Madara is a member of the Uchiha clan and has a rivalry with his younger brother Izuna. He was also the first person to awaken the Mangekyō Sharingan, which occurred before Naruto began its serialization.

This is not cosplaying for beginners because it requires two people to pull off correctly. You will need red-and-yellow robes with black flames licking up them and a mask with three eye slots. Keep in mind that these Naruto Costumes can be costly because of the complexity of the design.

Hinata Hyuga is another popular character from the Naruto anime and manga series. She is a member of the Hyuga clan, one of the most powerful clans in the Naruto world. Hinata is shy and withdrawn, but she has a strong determination and is fiercely loyal to her friends. She also can heal people with her gentle touch.

Many different Hinata cosplays can be pulled off, so you will have no trouble finding the outfits that suit you. I recommend wearing a long-sleeved shirt with a high collar underneath an ankle-length dress in the anime colors of lavender and white. Hinata also wears black shorts, ninja sandals, and bandages wrapped around her wrists and legs.

Be the 4th Hokage in Minato Namikaze Cosplay

Minato Namikaze was the 4th Hokage of Konoha, Naruto’s village. He was a powerful ninja and the father of Naruto Uzumaki. He died during an attack by the Nine-Tailed Fox, the demon Naruto eventually defeated.

To cosplay as Minato Namikaze, you will need a white jacket with blue flames coming out the bottom, white pants, blue shoes, and a long blond wig to complete the cosplay costume. It would be best to carry a staff with the kanji for “wind” on it.

Asuma Sarutobi was the 3rd Hokage’s son and a jōnin-level ninja from Konoha. He was a member of the Sarutobi clan and had a strong sense of justice. Asuma was also very loyal to his friends and village and was known for using trench knives.

To cosplay as Asuma Sarutobi, you will need to wear a black shirt with an orange cloth tied around your waist, blue armbands, and ninja boots. It would help if you also carried a trench knife with you at all times.

Rock Lee is one of the most popular Naruto characters. He is a genin-level ninja from Konoha who specializes in taijutsu. Lee is known for his hard work and determination and his “no-handed” Jutsu.

When cosplaying as Rock Lee, you will need to wear a green jacket, tan pants, and black shinobi sandals. You should also wear a white headband and carry a pair of nunchaku with you.

Stand Out in a Temari Cosplay

Temari is a kunoichi from the Sunagakure and the eldest child of the Fourth Kazekage. She is a jōnin-level ninja, and her specialty is wind manipulation. Temari is also knowledgeable and has a sharp tongue.

To cosplay as Temari, you will need to wear a long-sleeved, high-collared shirt with gray pants and brown shinobi sandals. You will also need two giant fans (that you can make yourself) with the Sunagakure’s symbol on them.

Naruto Has Something for Everyone

Naruto is one of the most iconic anime and manga franchises to come out in recent years, so it’s no surprise that its characters are some of the most popular cosplay costumes. If you’re looking for a Naruto character to emulate at an upcoming convention, there are plenty of different outfits to choose from when shopping for costumes. From powerful Hokage like Minato Namikaze or Asuma Sarutobi to underrated heroes like Rock Lee and Temari – there’s something here for everyone!

So, which Naruto character will you be cosplaying? Let me know in the comments below!