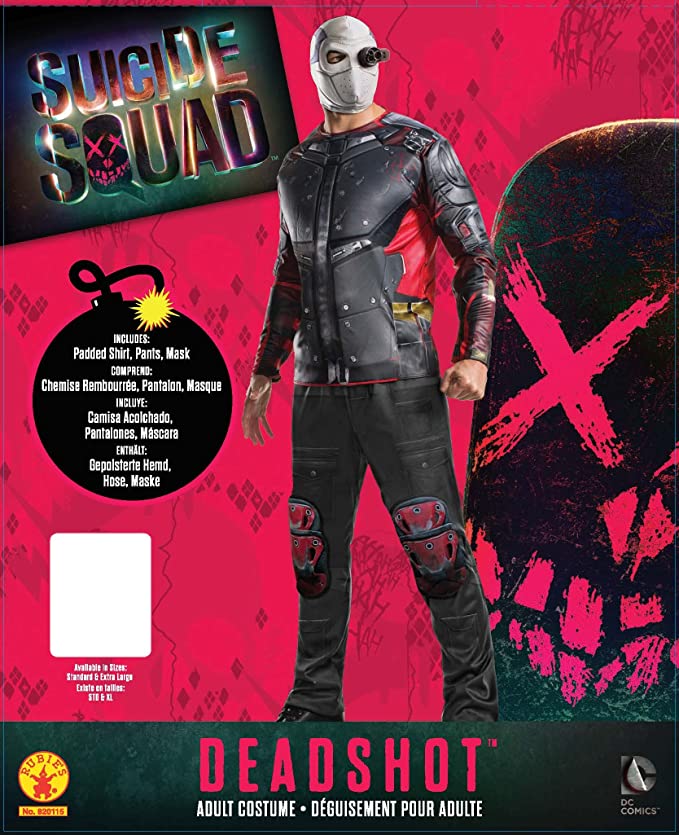 Deadshot, the deadly accurate marksman and alter ego of Floyd Lawton, is a villain / anti-hero in the DC Comics universe. As a member of the Suicide Squad, Deadshot provides the firepower to tackle even the most dire situations and harrowing missions. Will Smith portrays Deadshot in the cinematic iteration of Suicide Squad.

In the film, Deadshot wears full tactical armor, including a mask with a built-in monocle for improved marksmanship. When he’s not decked out for battle, Floyd Lawton wears a swank getup consisting of a crimson leather trench coat, fedora and black leather pants.