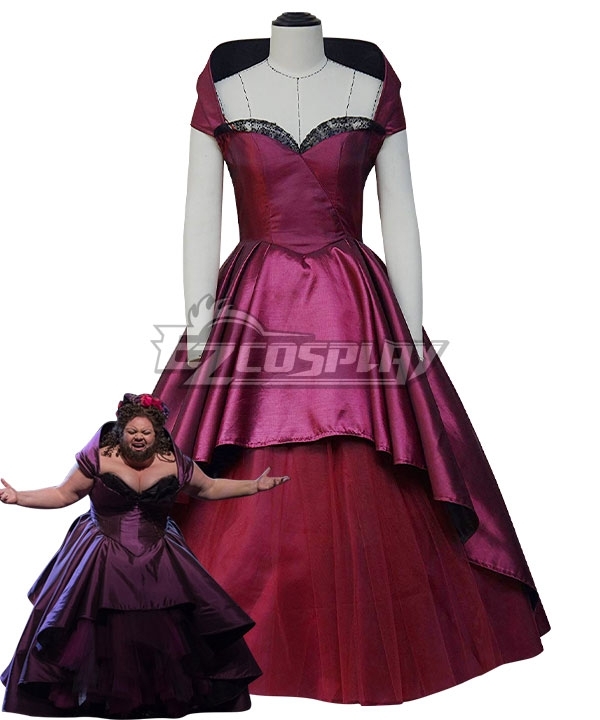 The Greatest Showman Keala Settle This Is Me Cosplay Costume

Welcome to our new and up to date list of the Best 30 Sexy cosplay Girls ideas. So far, if you are a beginner and looking for cosplay ideas for girls, we are giving you our top 30 sexy girls characters. We have something for you, choose your favorite costume in 2020, and rock.

Spinel has the pink complexion and magenta eyes. She has an upside-down heart-shaped gemstone at the center of her chest.

Zatanna is also one of the DC Comics characters. To sum up, she is one of the most intelligent and greatest magicians of DC.

Zatanna is the daughter of John Zatara, both superheroes and renowned members of a mystic tribe called Hidden Ones.

Astolfo is a character of Date Grand anime. She is Beautiful with pink long hair. Astolfo is optimistic but completely lacks sense. She has amazing skills.

Black Widow is one of the most talented spies in the world and founding members of Avengers. She is a fearless beauty with superhuman abilities.

Scarlet Johansson, the beautiful, has played the role of Black Widow in movies.

Catwoman is a DC Comics’ Batman fictional character. She is defined by pride and temptation. She mostly hides from being known.

Her agility, reflexes, and balance are the best.

Jasmine is a deuteragonist Disney character of the animated movie Aladin. Although she is an independent but rebellious Crown princess of the Middle Eastern kingdom ruled by her father the Sultan.

Dark Magician girl is a character in Yu-Gi-Oh! anime and manga. She resembles her summoner, Mana. Unlike others, she has tanned skin. She is indeed a masterpiece.

Ursula is the main character from the 1992 animated feature, The Little Mermaid. She is a villainous witch. Ursula vowed to vengeance against King Triton. She is dark-toned.

She is a fictional artificial character in the Halo game series. Cortana mainly infiltrates software. Also, she holds vital data about Halo, including Activation Index. Cortana cosplay girl idea makes is a bit longer but worth it.

She is the main protagonist of The Little Mermaid Disney movie. Ariel is the 7th and youngest daughter of her parents. She is a beautiful mermaid who has aqua blue eyes with long red hair. Also, Ariel is a young, independent, determined and charming lady. Ariel makes perfect sexy cosplay thing.

She is the Vampire Queen, Marceline is one of the main characters in Adventure Time. A 1,000 years old vampire queen doesn’t need blood to survive. She is beautiful and moreover, she loves music.

Marceline is human-demon that turned into vampire-demon after she was bitten.

Black Canary is a superhero vigilante, a great fighter with exceptional martial arts skills. Her outfit is an amazing black with fishnet stockings and blonde short hair, and she is usually seen riding her bike.

Last but not the least, there are two canaries: Dinah Drake and Green Arrow. Both are sexy with similar abilities and minor differences.

Cammy White, also known as Killer bee, is a video game character form Street Fighter Series. At one time, she was a deadly clone assassin, with her knife-throwing skills. Cammy has a green dress, blonde hair, and turquoise eyes.

Kimberly Ann Possible is the main character of an animated action-comedy TV series. Kim is a high school freelance hero. She is an assertive, bright and confident teen of average height. Moreover, a female athlete with green eyes and red hair will be the best suited for Kim Possible Cosplay.

Hana Song, also known as D.Va, is a famous character of series Overwatch. D.va is an expert pilot and gamer personality. She is fast, strong, and durable.

Claire Redfield is the main protagonist in the Resident Evil series of survival horror games. She is a 19-year old college student and biker. She is the younger sister of Chris Redfield.

Misty, Lillie, N, Rosa, Dawn, and Serena are among the best female Pokemon trainers. Hence, they give the perfect group for sexy cosplay girls ready to go out for a festival or event.

Kitana is another character from the Mortal Kombat game, appears as a secondary character. She is 10,000 years old but looks young. She looks identical to Mileena when both wear masks. Kitana’s cosplay is cerulean with a leotard closing near the chest.

she is the main character of the Tomb Raider games series. Due to her personality, many people consider her the most iconic and influential video game character of all time.

Lara Croft expeditions and exploits are legendary, that is why she is fit for slender ladies with brown eyes and hair.

Mad Moxxi is part of the Borderlands series and the most divisive character of the show. She is sadistic, alluring and lustful who has lovers among both males and females. Moxxi is extremely protective of those she loves.

Vampirella is a fictional character of a comic book Vampire Superheroine. She is a freedom fighter. She got wings to fly. Vampirella can hypnotize people, turn into a bat and get invisible.

Carol Danvers, also known as Captain Marvel appeared in Marvel Comic Books. This is one of the most loved characters. Carol is a part of the US Air Force.

She is an extraordinary hero therefore, Captain Marvel is an amalgamation of superhuman physical abilities, high energy, strength, flight, and immunity.

There are three characters: Blossom (Red), Bubbles (Yellow) and Buttercup (Green). Due to their abilities, Powerpuff Girls make a compilation of power, aggression, and peace. They are the best trio. .

Jessica Rabbit is a fictional toon human wife of Roger Rabbit. She was selfless and compassionate. Although she seems cool and distant, she is soft for Roger.

Jessica Rabbit cosplay is the best fit for sexy girls because of her tall, gorgeous, hourglass figure. Also, she had bright skin with green eyes.

Velma Dinkley is a Scooby-Doo character. She wears an orange sweater with a red pleated skirt. She is the brain of the group but often loses her glasses.

Additionally, Velma is smart and fascinated by mysteries. She has a caring and kind nature.

Mileena is an occasional character and a player from Mortal Kombat that is a fighting game series. In the game, she wears a tight leotard and masks with her magenta shade uniform. She has shown incredible acrobatic powers, agility and brute strength.

Above all, Mileena’s cosplay is the deadliest combination of beauty and beast.

Chun-Li was a central character of the 1994 Street Fighter film and she is a martial art expert, she takes revenge for her father’s death. Moreover, she is an excellent shooter. Chun-Li wears a qipao, a Chinese dress that became famous as her cosplay in the 20th century.

Zero Suit Samus known as Samus Aran when she wears her Zero Suit, is called in Smash Bros. Brawl. She is a playable character and carries a self-protection device known as Paralyzer.

Samus Aran is not able to perform her firepower but possesses agility and athleticism when she is Zero Suit Samus. 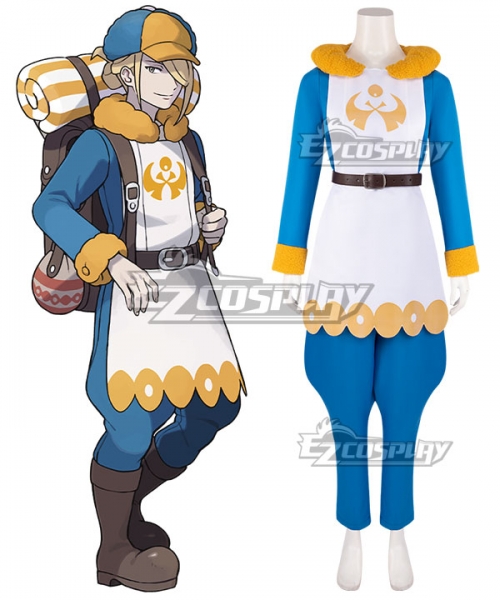 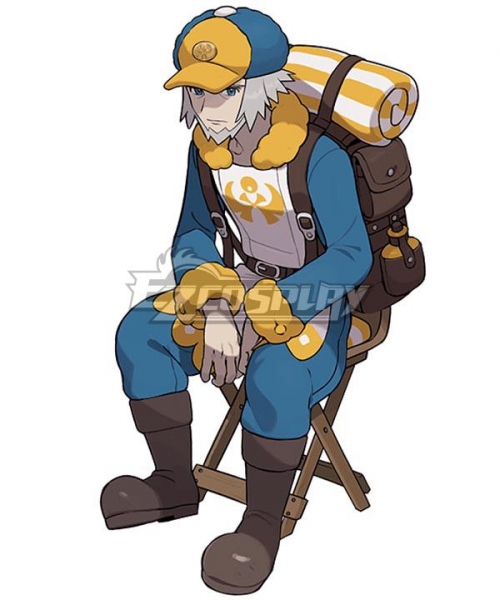 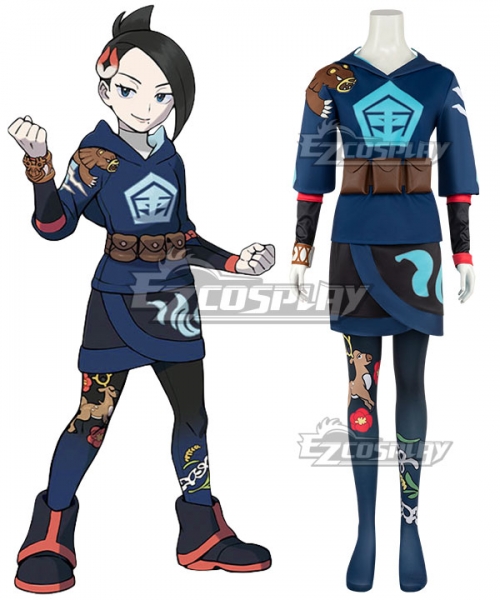 Poison Ivy (Dr. Pamela Lillian Isley) is a fictional supervillain. Mostly, she appeared in the Batman series. She is the enemy and lover of Batman. Further, she is obsessed with plants and the environment.

In fact, Poison Ivy is poison as her name suggests.

Dr. Harleen Frances Quinzel, also known as Harley Quinn is a fictional character and female version of the Joker that first appeared in Batman: The animated series. Harley is highly intelligent, agile, gymnast and immune to most of the toxins. She is bubbly, charming and energetic.

People love to Harley just because of her exceptional personality.

To begin with, this is a fictional character from Dragon’s Liar. Princess Daphne acts as a need in rescuing. She is a beautiful and sexy woman. Daphne wears more clothing in series than in video games. Daphne wore a crown. She had golden braces on her biceps and long pink or purple dress with blonde hair.

YoRHa No.2 Type B or 2B appeared as Route A in Nier: Automata. 2B is a battle android that is a part of automated YoRHa infantry. She wears a visor to protect her eyes.

Therefore, 2B is a balance of almost all combat skills. She has silvery-white hair and grey eyes, making her perfect for a 2B cosplay.

Spider-Gwen is a comic book series that began in Feb-2015. This revolves around Gwen Stacy of an alternate Earth i.e. Earth-65. She is free-spirited, artistic and got fame with the name of “Spider-Woman.” She had a costume and set of web-shooters. Lastly, Gwen had blue eyes, blond hair, and a great cosplay character.

Bowsette, known as Koppa Hime, is a gender-bend version of Super Mario’s character Bowser. It gained popularity in September 2018, after the release of New Super Mario Bros.’s trailer. In short, the trailer introduced the power of the Super Crown that allows her to transform into Peachette.