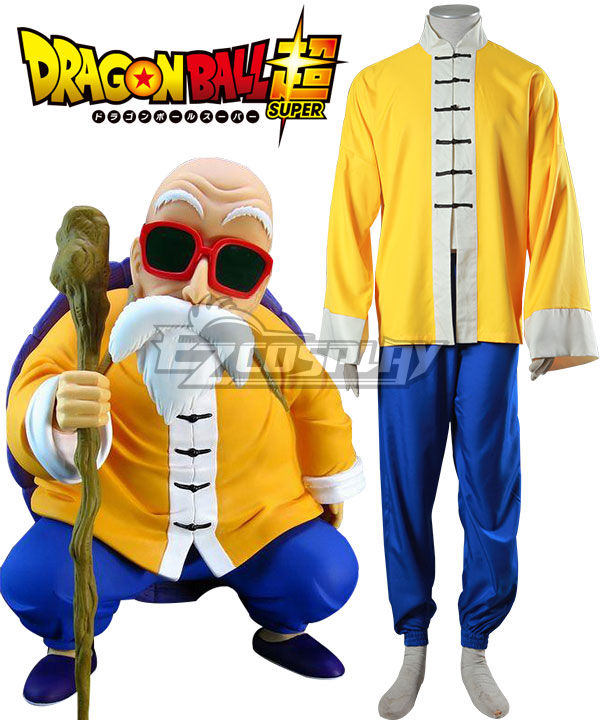 Master Roshi is a lovable mentor figure in the Dragon Ball series. He is a 300 year old Martial Arts master who also is referred to as the Turtle Hermit. He is a true master who loves and cares for his students. He has trained Krillin, Goku, Gohan just to name a few of his students. He can be a bit of a creep by hitting on women every chance he gets. He lives far out into the ocean and loves watching TV, reading and, true to his nature, has internet access that he uses to mostly watch adult content.

He sports a Fu Manchu beard and mustache which is very thick and white. But his trademark is the sunglasses. He never leaves his trademark sunglasses except when he entered the World Martial Arts Tournament as Jackie Chun so that he could give his students a hard time in winning the tournament. He once wore old sunglasses but later gave them up for more futuristic ones. When training and fighting he wears his yellow martial arts suit with interlocking buttons with white lining on the collar and sleeve cuffs with dark blue pants and black shoes. At times he will adorn a with his turtle shell on his back.

When not in his martial arts attire, he is usually seen wearing his pink shirt with white shorts and flip-flops. And he also has a walking stick with him. 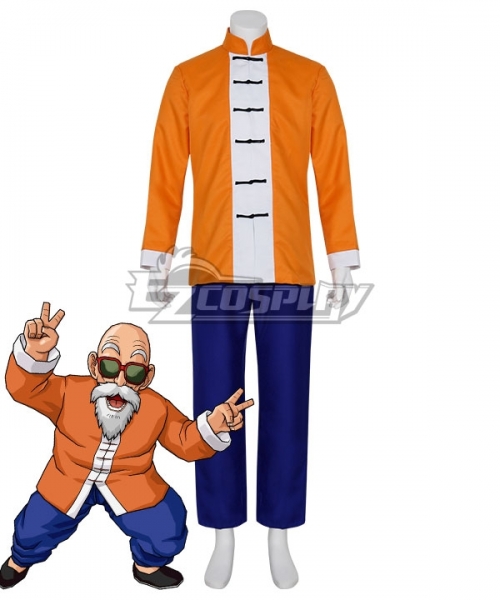 How to Dress Like Master Roshi from Dragon Ball Z

Master Roshi is a completely bald. Younger Master Roshi had a full head of black hair but with no mustache and beard. Due to his very old age, he has very thick (and very white) eyebrows and mustache.

Master Roshi has two outfits: his martial arts suit and his casual clothes. His suit is a yellow martial arts suit that has white trim except for the bottom part of the suit. The buttons are interlocking to give it a traditional look. His pants are dark blue and have elastic cuffs at the ends of the pants. His casual clothes are just a pink shirt and white shorts. He will at times wear a white tank top like in Dragon-Ball Z: Resurrection.

His fighting boots are black fighting Taichi shoes worn by most martial arts fighters. He takes the meaning casual to the fullest as he is seen wearing flip-flops as his footwear of choice.

Master Roshi always wears manga style sunglasses that have a thick wavy lightning bolt in the middle of the glasses. He also often wears a turtle shell on his back that represents the type of fighting style that he teaches. He also has a walking stick that he uses to walk, though he has never been seen using it in battle. It has a thick handle that gives it a cartoonish look.

Ah! So you’re a mermaid, are you? Heh heh heh heh heh! (to himself) I knew there was somethin’ fishy about this. I guess I can still try with her human half (to mermaid) Well, uh… I’m like a turtle, and you’re part fish, so what do you say you and me go inside and learn more about our species! (The mermaid smacks Roshi and jumps into the water)