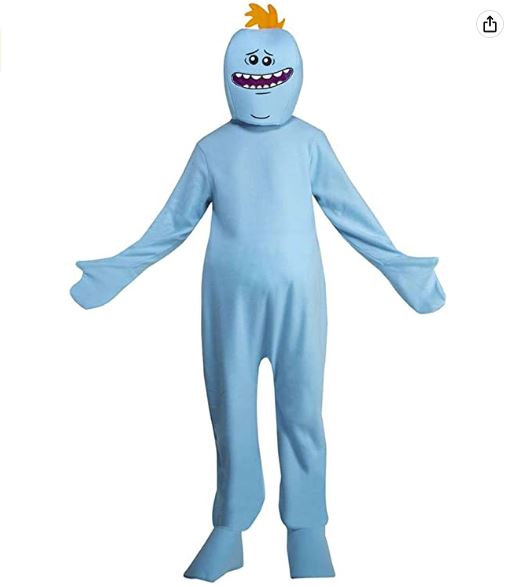 If you are a fan of Rick and Morty, then you are probably familiar with the friendly Mr. Meeseeks. Mr. Meeseeks are not just one person, but rather am entire race of blue creatures. They have only one purpose during their short lives – to complete a simple given task.

Meeseeks only want to be helpful to their summoners. Once the task is finished they vanish into thin air. The longer they live the more at risk their sanity becomes and the less likely they are to be cheerful. Because they generally live for only a few hours, Mr. Meeseeks become increasingly more ornery and violent. They appeared for the first time in season five when Rick and Morty activated the Meeseeks Box, but have become a popular costume choice for fans of Rick & Morty.

Mr. Meeseeks are tall, thin with long limbs and a large round head. They have a humanoid body shape but are powder blue in color. Having eyes that are tiny black dots and a thin black mouth reaching from one side of his face to the other, Mr. Meeseeks voices are almost like screeching sound.   Check out the links below to make your own DIY Mr. Meeseeks costume for cosplay or halloween. 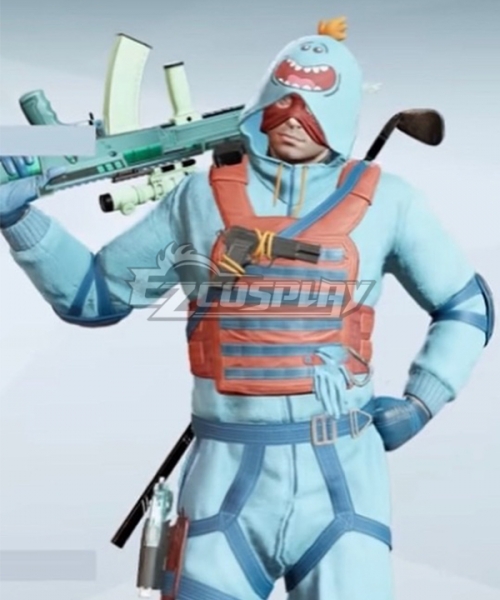 How to Dress Like Mr. Meeseeks from ‘Rick & Morty’

To pull off the Mr. Meeseeks look you’ll a need a full body morph suit in a powder blue or turquoise blue.

There are a few ways to recreate Mr. Meeseeks’ bulbous head…

Blow up a balloon and use the paper mache technique. Check out this video for a quick tutorial:

Let it dry and harden, then spray paint it blue to match the color of the morph suit. Once the blue paint dries, carefully cut out a hole in the bottom. Be sure the hole is large enough to fit over your own head. You can take an exacto knife and also cut out the small eyes for Mr. Meeseeks if you’re sure you can line it up just right. Or use a black sharpie marker to finish drawing the very simple face on.

For this method use a 13″ playground ball. Paint the playground ball with blue spray paint to match the morph suit and allow it to dry. Cut a hole at the bottom large enough to fit your head through. Draw on the Meeseeks face with a black marker.

Some of the Mr. Meeseeks have small patches of orange hair on their heads. But many more are bald.

And there you go, your Mr. Meeseek costume is complete.