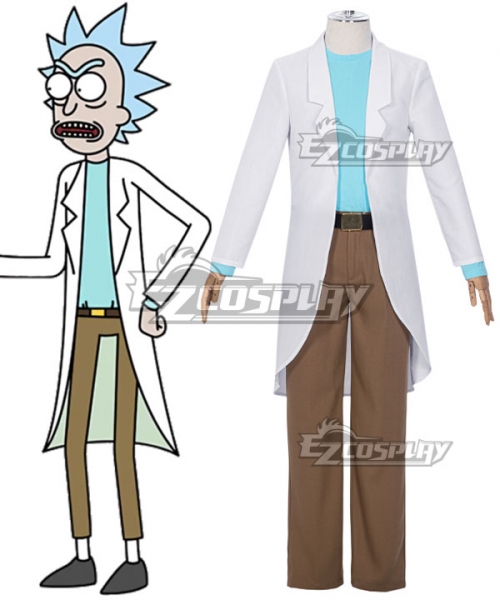 A Rick Sanchez costume is a go-to option for any halloween partygoer or cosplay convention attendee seeking to bring a little zaniness and levity to the sea of serious cosplayers. In Cartoon Network’s stand-out show Rick and Morty, Rick Sanchez is a genius scientist, but not your affable kind of mad scientist. Rick is actually mad. Like insanely cynical, nihilistic, alcoholic mad with a serious mean streak…

Nonetheless, he loves his grandson Morty and the two go on incredible adventures through space and time! No matter whether they are trapped in alternate dimensions or simply dealing with the rest of the Sanchez Family, Rick and Morty are a terrific team and share a bond that even the forces of space and time can’t break.

Crass, crude and utterly vulgar, yet vastly superior and intelligent to most, Rick Sanchez is one of the most standout cartoon characters hitting mainstream television today. With so many different wacky iterations to choose from, he is also a fun costume to dress up as!

Read the guide below to make your very own DIY Rick Sanchez costume for cosplay or Halloween. 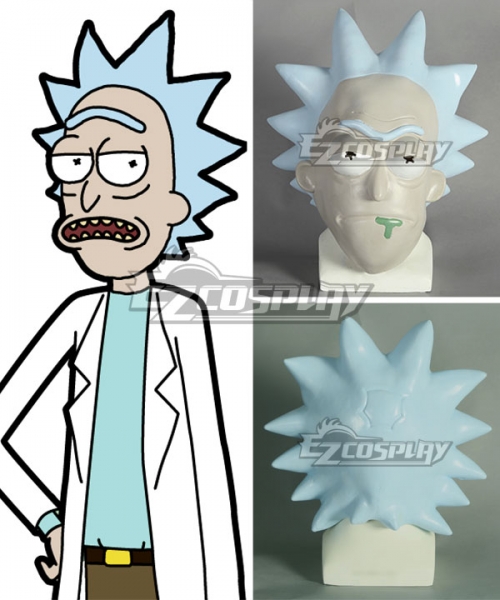 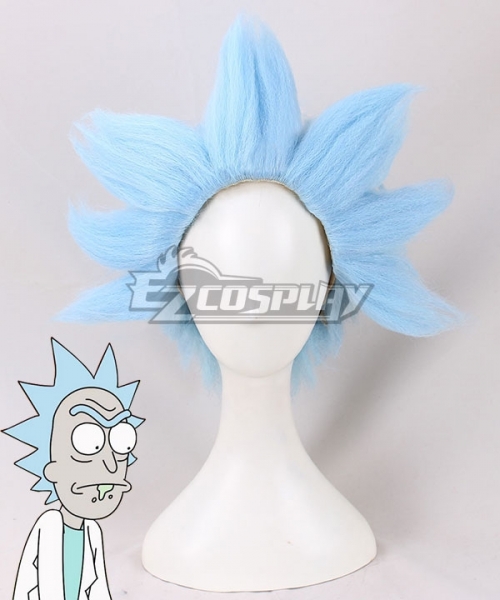 Oh no, there’s absolutely no taming Rick’s wild up-do! He’s always sporting the ridiculous crazy mad scientist look consisting of unruly gray spikes in a shaggy cut. Not to mention the large caterpillar-like unibrow above his eyes, also gray. Rarely, if ever, has ol’ Rick been seen with his hair neatly combed. A wig is a good way to get this bizarre look, and it’s sure to stand out at any party or convention.

Like all mad scientists, Rick is rarely seen without his professional white lab coat. He wears a pastel turquoise shirt and brown pants underneath that, and of course his shiny black shoes and matching dark brown belt. He always goes for timeless clothes, but on some brief occasions he’ll try wearing other things. Despite his alcoholism and carelessness, there’s no denying that Rick Sanchez is a sharp-dressed man when it comes to his signature style.

On Rick and Morty, Rick is rarely seen without weird green stuff dripping from his mouth down to his chin. According to the cartoon, the green is supposed to be vomit (ew!) but no Rick Sanchez costume would be complete without it. A green-colored Halloween makeup crayon is great for adding this grotesque but defining little detail if you’re planning on dressing up as Rick.

Being Morty’s grandfather, Rick is an elderly man. He has wrinkles on his face and bags under his eyes, which can be drawn on or mimicked with a rubber mask. Rick has had a long, interesting life, spending most of it deeply involved with scientific pursuits, but all work and no play has given him a strikingly old appearance! He often looks very angry or bored when it comes to his expression. Try practicing his facial emotions in the mirror to see if you can nail the perfect “Rick face”! He might be a jerk sometimes, but he can be a lot of fun.

Prefer a challenge? Make your own Pickle Rick costume! In Season 3 of Rick and Morty, Rick Sanchez transformed himself into a pickle during one of his crazy experiments, and now you can too with the DIY Pickle Rick Costume Guide. 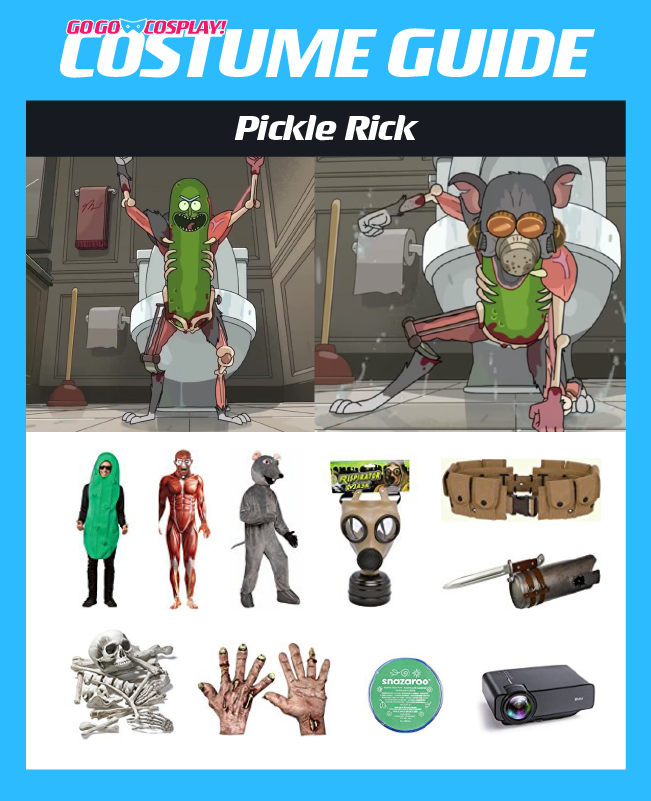 “Listen Morty, I hate to break it to you, but what people calls “love” is just a chemical reaction that compels animals to breed. It hits hard, Morty, then it slowly fades, leaving you stranded in a failing marriage. I did it. Your parents are gonna do it. Break the cycle, Morty. Rise above. Focus on science.”