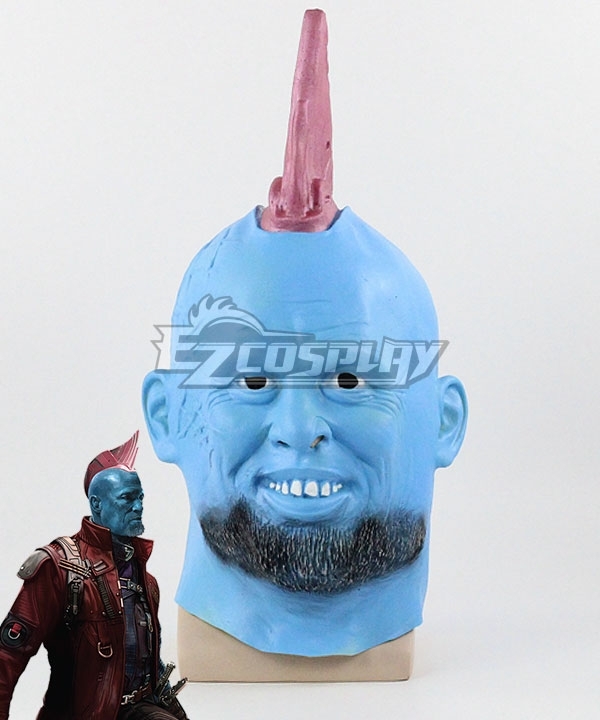 In the Marvel universe, Yondu is the leader of a ruthless gang of space pirates known as the Ravagers. Originally appearing in the comic books as the man who takes Peter Quill under his wing, his role as Peter’s adoptive father is also present in Marvel’s cinematic universe when he appears in Guardians of the Galaxy.

Yondu is rough, vulgar and intimidating at his worst, but a good and powerful leader who is even willing to sacrifice his own life when it comes to protecting Peter from harm.

With his detailed attire and bright blue complexion, a Yondu costume is perfect for any cosplayer wanting to take it to the next level.

How to Dress Like Yondu from Guardians of the Galaxy

Yondu has a bright aqua blue complexion, a thin beard of stubble on his chin, a large, ruby-red metallic fin on his head, and lines of web-like scaring at his temples.

You can recreate this look with the right combo of costume accessories and makeup. Use blue Halloween face paint for the facial complexion.

Use a white eyebrow pencil to draw the scars, and blend them into the blue paint a bit for a more realistic look. In our guide, we have provided a link to a Yondu head fin prop.

Use a dark eyebrow pencil to draw stubble on your face for an additional detail.

Yondu wears a red leather-like vest with baggy black leather pants adorned with gold accents, as well as a detailed long reddish-brown patchy coat with a gold medallion on the front.

Wear a gray or black turtleneck shirt beneath the vest to line the costume. You can find shirts from any shopping mall or retail website.

To further customize the jacket to make it look more like it does in the film, use a light dusting of metallic spray paint, or sew on extra pieces such as the gold medallion piece.

You can look for medallion crests similar to the one on Yondu’s jacket in the film from retail websites and costume shops, or you can use gold paint to add your own to the costume.

Yondu wears a lot of buckles and holsters, just like any seasoned pirate would have to be prepared for whatever time and space can throw at him! You can get fake ammo holsters online from retail websites, toy stores and Halloween stores.

Don’t forget Yondu’s weapons themselves, too! He carries a shiny red and gold arrow-like device.

Finally, get a pair of thick black calf-high leather boots to wear with your costume.