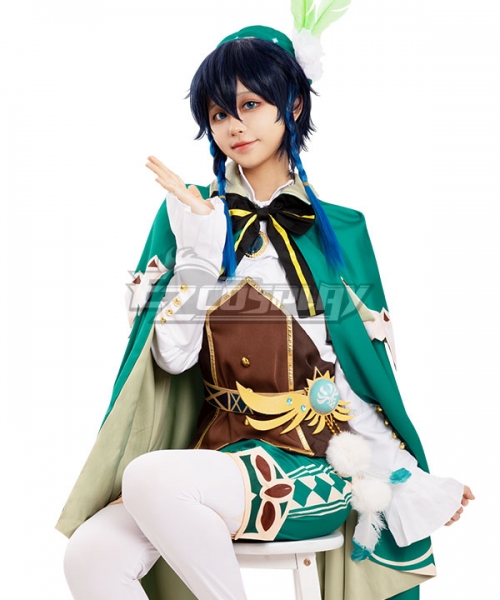 Piper Chapman, the main character of the Netflix TV series Orange Is the New Black, is an inmate at a women’s prison whose time behind bars slowly reveals a darkness to her psyche that she never knew she had.

To survive, she finds herself manipulating others, and over time she takes on a spoiled and self-righteous attitude, revealing that prison can perhaps bring out a selfish side in anybody.

Still, Piper’s time in the Litchfield Penitentiary does cause her to reflect more on her life and the way she treats other people, making for a riveting and exciting story.

Piper has dirty-blonde shoulder-length hair, as well as a long fringe of bangs brushed to one side of her head. During her time in prison, her hair takes on a somewhat unkempt, choppy look.

You can dye and style your own natural hair to get a similar look to Piper’s, or you can use a light blonde cosplay wig.

Piper has a pale complexion and dark bags under her eyes.

You can use a light concealer or foundation to get a similar appearance, and for the eyes, use a dark eye shadow to add a dark shadow beneath them for a tired, angry look.

As a woman living behind bars, Piper naturally wears orange prison garb, hence the TV series’s title. Her orange inmate uniform is made of heavy fabric and consists of a full-body suit (a large orange top and tie-on orange pants underneath) with short sleeves and a baggy white t-shirt beneath it.

For the white shirt, you can find t-shirts and tank tops at any retail website or shopping mall.

Piper wears a tag on her prison uniform which bears her name and other identifying information, just like the other prisoners at Litchfield Penitentiary.

The tag uses a metal clip and is red and white in color. You can print your own identification tag and insert it into a blank tag holder to clip to your uniform.

Piper also wears plain black slip-on rubber shoes, just like all the other prisoners. You can purchase similar shoes from most retail websites and shoe stores.

Finally, as one last detail, purchase a screwdriver to carry with you. Piper accidentally steals a screwdriver from the prison and it becomes contraband, resulting in a search to recover it so it won’t end up being used as a shank by one of the inmates.

You can find screwdrivers from most retail websites and hardware stores.