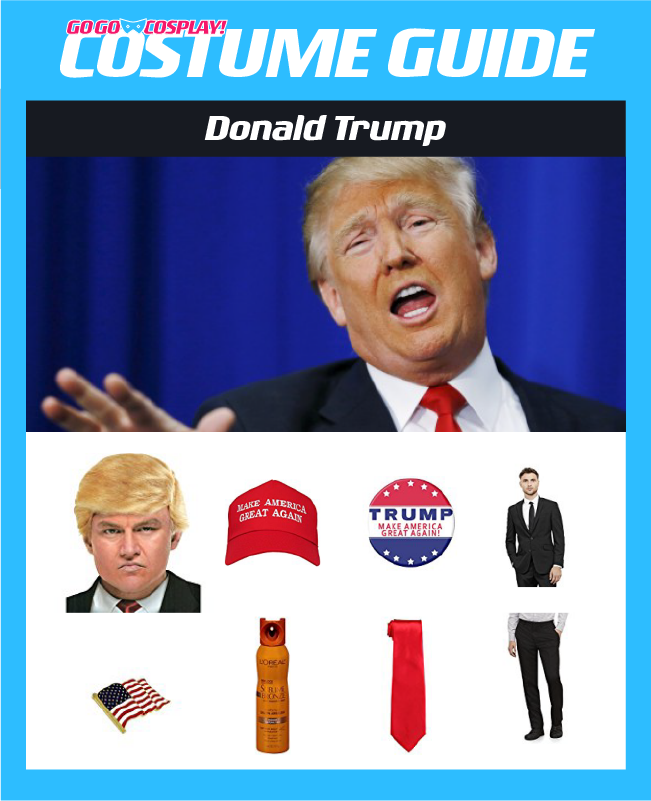 Donald Trump is a real estate mogul and game show host who was (somehow) elected the 45th President of the United States in 2016. Some people say he colluded with the Russians to influence the election. Some people say he has tiny hands. Some people even say his dad, Fred, was seen on the grassy knoll in Dallas alongside Ted Cruz’s dad the day JFK was shot. But everyone agrees on one thing: his hair is a mess.

Donald Trump dresses like your typical politician only his suits fit a little worse than usual. When he isn’t on the golf course (which is basically every weekend), President Trump is usually wearing baggy suit which make his tiny hands look even smaller. To complete a DIY Donald Trump costume you will need to procure a Trump-style blonde wig and a can of spray tan to give yourself that orange glow. Add a red MAGA cap for extra douchiness.

See below to learn how to make your own DIY Donald Trump costume for cosplay or halloween.

Trump: The Art of the Deal
Check Price

Great Again: How to Fix Our Crippled America
Check Price