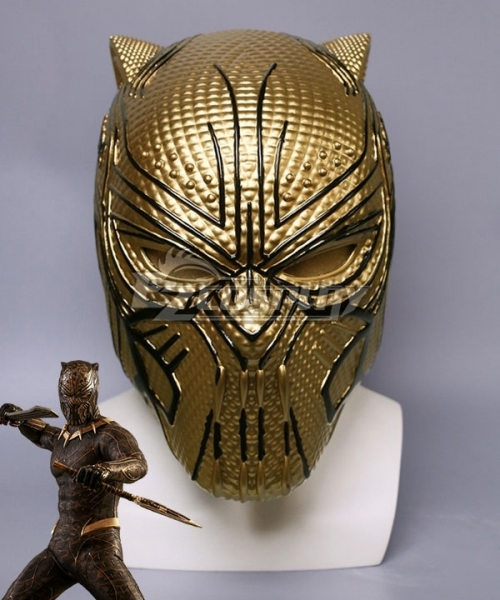 In the hit new 2018 film Black Panther, Erik Killmonger has been described by fans as a “profound, tragic villain” and yup, he’s definitely not your run-of-the-mill bad guy. He’s had a very troubled life and it shows, but this complexity makes him an excellent character even if he’s the antagonist of this incredible story.

Portrayed by Michael B. Jordan, Erik Killmonger is an American black-ops soldier who plots revenge on the Wakandan elites who he feels abandoned the black community throughout the world. Killmonger, as his name suggests, will dispose of anyone in who gets in his way, even King T’Challa the Black Panther of Wakanda. 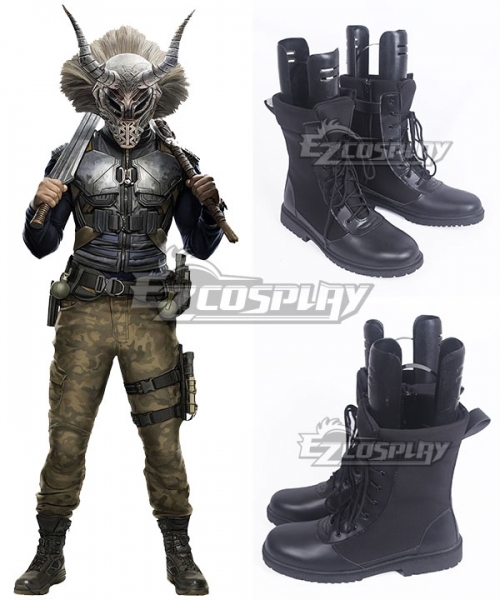 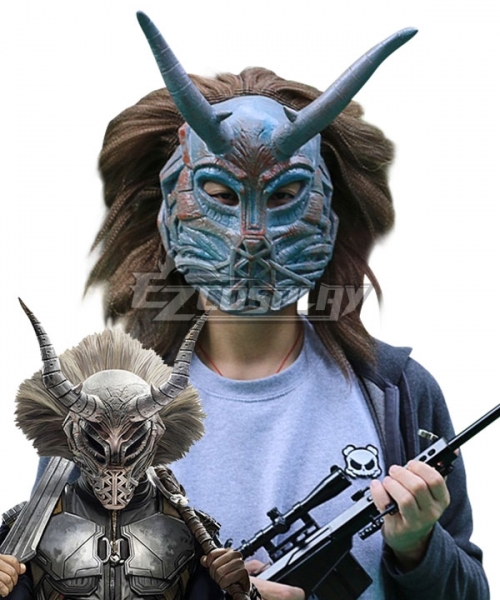 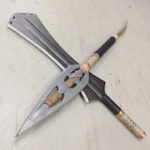 How to Dress Like Erik Killmonger from ‘Black Panther’

Erik has short black braids which he wears to the side as well as a scruffy beard. You can either style your own hair to match Erik’s, or wear a wig. Check online costume shops and Halloween stores for one that looks similar to Erik’s hair, and use an eyeliner pencil to draw on a mustache, or use a fake mustache and beard from a costume website if you don’t have that scruffy look.

You can buy an eyeliner pencil online through various retail or costume websites, or check out what’s available at the cosmetics counter at your nearest drugstore.

During Erik Killmonger’s introduction in the film, he is seen at an African art exhibition at a museum when he takes interest in an exotic and interesting mask. Upon stealing a vibranium weapon, he makes sure to snatch the mask which he uses at several points in the movie to instill fear in his victims.

The mask features tribal patterns as well as two long horns and a palm frond fringe that gives it the look of a triceratops. If you aren’t feeling up to the challenge of crafting the Killmonger mask yourself, you can purchase one online from various retailers such as Amazon.

Erik’s clothes consist of green camouflage pants, a long-sleeved royal blue sweatshirt and over all this, a thick gray tactical vest with brown leather shoulder straps. You can browse online websites or costume shops, or online army surplus stores and clothing stores to find all the supplies for this iconic look. You can also make your own vest using recycled plastic or cardboard. Get creative!

Erik has a tactical belt which holds a whole arsenal of weapons including a grenade, and he has side holsters on his pants for guns and knives. You can either make your own weapons out of plastic or EVA foam, or you can check around online at any costume website, Halloween store or retail site to order similar props.

Don’t forget your ammo belt! Check any retail website or army surplus store to find one that suits your costume. Try it on and practice acting out Erik’s scenes from the film!

In the battle with T’Challa the Black Panther, Killmonger uses a few melee weapons that he had stolen from various African museums, including a machete and a spear made of vibranium. You can try to make a replica prop using EVA foam or other crafting materials or find them from sellers on Etsy.

No Erik Killmonger costume would be complete without his shiny black combat boots! Check out retail costume websites or army surplus stores to find a pair that you like. Remember to measure your shoe size before placing any orders, and get your friends to dress up as other Marvel characters like Spiderman, Black Panther, Mary Jane Watson and Nakia to show off your love for feature films and comic book culture!

This costume is especially good if you’re a comics fan or you’re going to a party or cosplay convention in a large group, and you’ll definitely stand out with this popular character.

I lived my entire life waiting for this moment. I trained a lot. I killed in America, Afghanistan, Iraq… I took life for my own brothers and sisters right here on this continent! And all this death just so I could kill you!