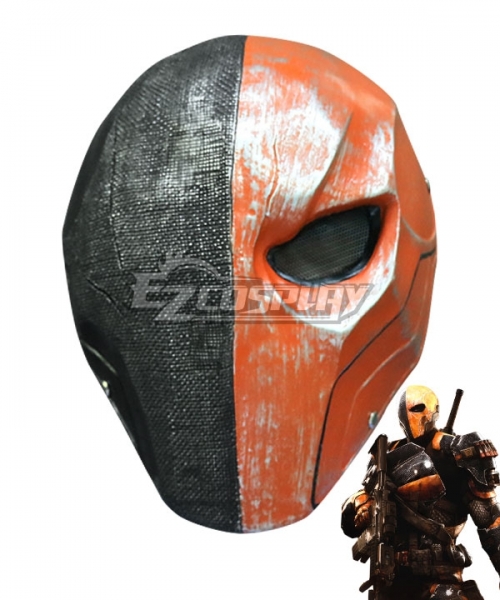 Deathstroke, the alter ego of Korean War veteran Slade Joseph Wilson, is a genetically enhanced super soldier who went on to form a prolific career as a mercenary and persistent thorn in the side of several heroes in the DC Comics Universe – including the Teen Titans, Nightwing and Batman.

Deathstroke wears a distinctive orange and black getup comprised of tactical gear and a protective mask which protects his missing eye which he lost when his wife attacked him. But she had good reason… He almost got their son killed because of his criminal escapades.

Although he has enhanced capabilities because of an experimental serum administered to him in the military, Deathstroke’s body armor, tactical gear and collection of katanas, guns and staffs give him an edge when he’s going toe to toe with superheroes.

His armor is made of a mesh-woven kevlar and chainlink mail which protects him from small arms fire. See below to learn how to put together a DIY Deathstroke costume. 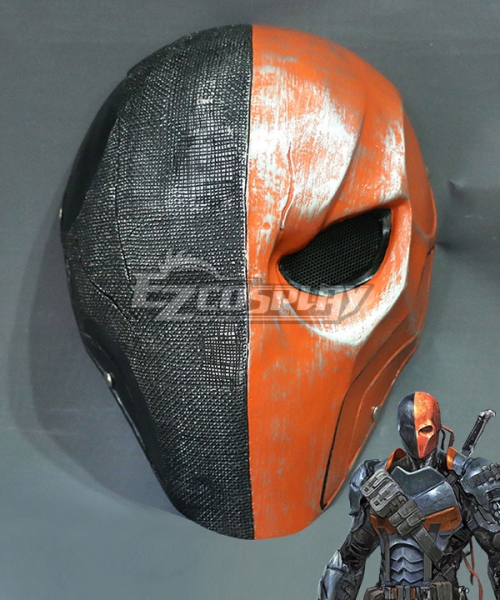 Deathstroke was born to be a mercenary. When he was only 16 years old, then known as Slade Wilson, Deathstroke lied about his age in order to enlist in the Army. He quickly climbed the ranks in the military, gaining rank as major and eventually lieutenant colonel because of his superior skills in modern warfare. While serving in Vietnam, Slade fell in love with Captain Adeline Kane who trained him in guerilla warfare techniques.

He was chosen to participate in a secret military experiment where he was given a serum which imbued him with enhanced physical powers, including enhanced strength, speed, agility and even the ability to utilize up to 90 percent of his brain. He went on to use these enhanced capabilities by moonlighting as an assassin and mercenary, unbeknownst to his military combat instructor wife.

When a botch criminal endeavor led to a madman kidnapping his son, his wife tried to kill him, but only managed to take out his eye. His distinctive orange and black mask not only obscures his identity but also his badly damaged eye.

Deathstroke is a DC villain who has appeared in the comics since 1980 and has recently been featured in the TV show Arrow. He will soon appear in a film in the DC Cinematic Universe.

You saw what was written down. I was never a good man, I was a good soldier. They just made me a monster.