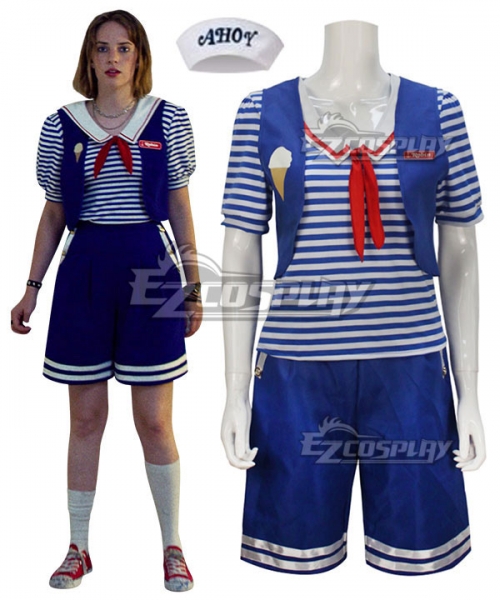 Get the scoop on how to make an awesome Scoops Ahoy costume using our DIY costume guide!

With a cheesy behind-the-counter sailor uniform, big white hat and bold red necktie, you can bring the old-school magic of the iconic Stranger Things ice cream mall parlor to life with your own employee outfit, which has come to define season 3 of one of Netflix’s most popular TV shows.

In Stranger Things, employees Steve Harrington and Robin work at Scoops Ahoy in the Starcourt Mall, which becomes their summer job in 1985.

Scoops Ahoy turns out to definitely not be an ordinary run-of-the-mill ice cream parlor, especially when it’s revealed to be the gateway to sneaking into the movie theater without tickets! Steve and Robin meet each other there, and it’s become one of the most important places on the show.

Read our guide to learn how to dress like Steve Harrington & Robin in their Scoops Ahoy uniforms from season 3 of Stranger Things for cosplay or Halloween. 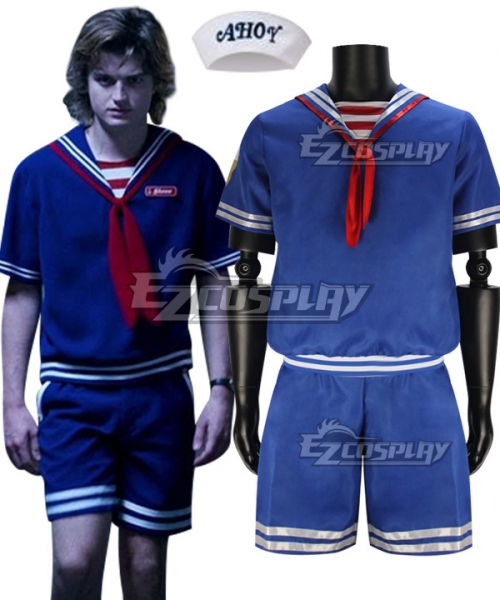 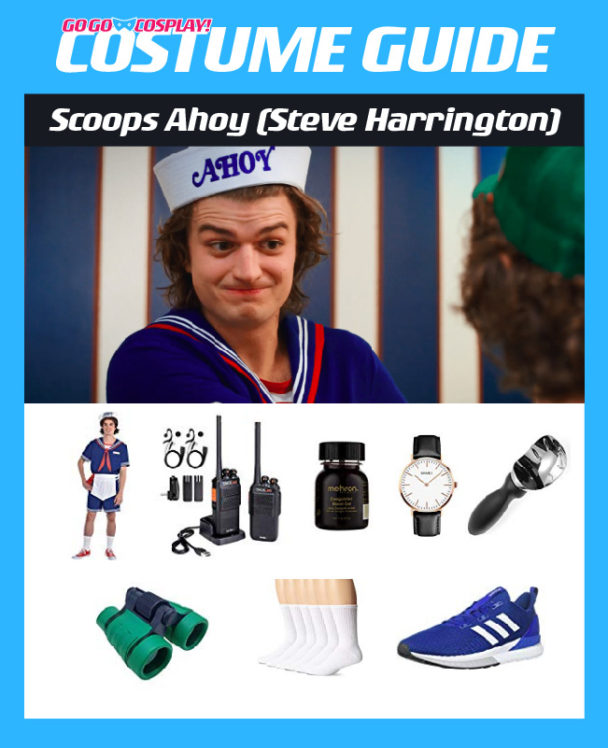 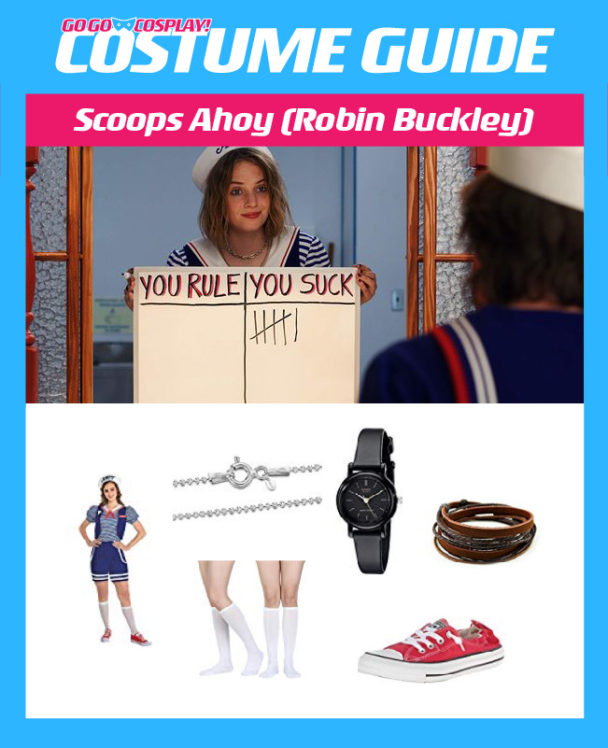 The Scoops Ahoy uniform features a large white sailor hat with the phrase “ahoy” embroidered on it in large blue letters.

You can buy white sailor hats online from costume shops and retail websites, or you can look for a pre-made ahoy hat from Stranger Things to add to your costume.

If you are specifically cosplaying as Steve, you’ll need his wavy dark brown mullet. You can put your own hair in a mullet style, or you can use a dark brown cosplay wig.

The Scoops Ahoy uniform for male workers features knee-length blue shorts and an oversized short-sleeved blue sailor shirt over a red-and-white striped shirt, both of which have white accent stripes at the hemlines.

It also features a white apron over the shorts, and a blue sailor neck covering with white accent stripes and a red necktie holding it in place at the front.

The female uniform is very similar, but instead of a blue shirt, it features a blue-and-white shirt with horizontal stripes, accompanied by a blue sleeveless vest and a red-and-white collar with a red necktie.

The apron is not included.

You can find both variations of the uniform available for purchase on Amazon.

Both variations of the Scoops Ahoy uniform feature a red plastic employee name-tag.

You can use any basic clip-on name-tag for this extra detail. The female worker costume also features a vanilla ice cream cone patch on the side of the vest.

You can use an iron-on patch for this accessory, or you can skip this step if you’re purchasing a pre-made costume outfit already featuring the patch.

Bring some real ice cream to your party or convention in cones for an extra bit of Scoops Ahoy flavor with your costume! You can buy ice cream at grocery stores and supermarkets, or you can use a fake toy ice cream cone.