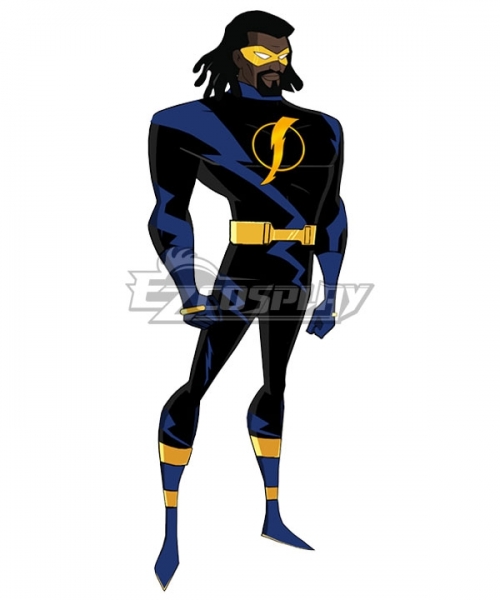 In the DC universe, Static Shock is a super-cool, super-charged superhero who got his electrifying powers from a gas leak during a gang shootout.

In spite of getting involved briefly with gangs, Virgil “Static” Hawkins is a deeply caring and dedicated young man who wants to protect Dakota and its citizens and use his abilities for good. After tragically losing his mother at a young age, Static still went on to become not only a superhero, but an honor roll student and beloved friend.

If you’re a fan of the Warner Brothers animated series Static Shock or the 2019 live-action Netflix fan film, this is the perfect costume choice! 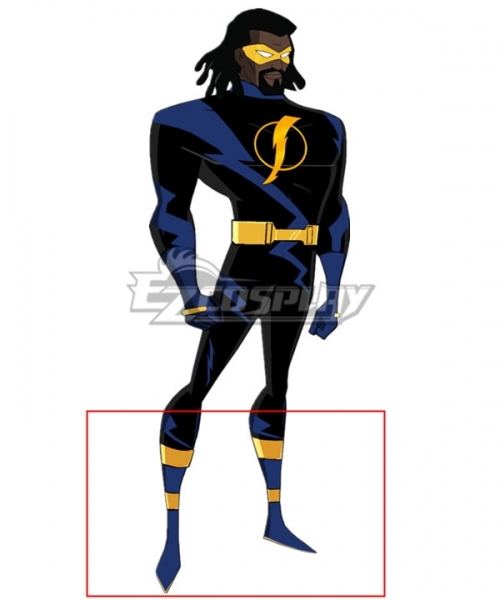 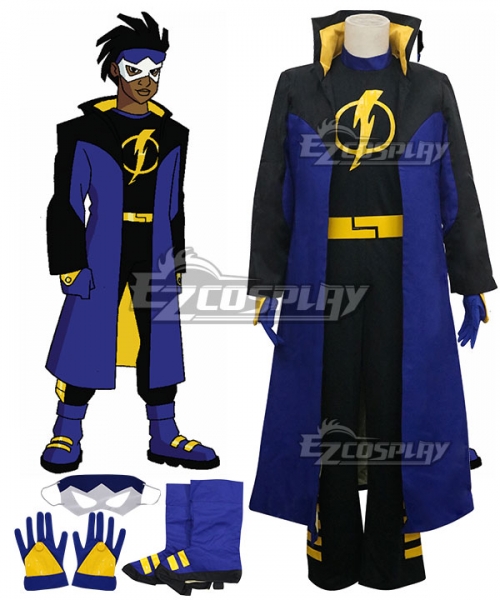 Static Shock has dark brown hair in sharply-angled dreadlocks which stand out from his head, pushed back by his blue (and also sometimes depicted as yellow) plastic visor and white eye mask.

You can recreate a similar look by styling your own hair to look like Static’s, or by wearing a wig.

In the 2018 fan film, Static Shock has a similar hairstyle, however his hair is angled more downwards. You can choose either style.

Static Shock wears a yellow and dark blue long-sleeved coat with black coloring at the top, lined with yellow material, over black pants and a white tank top with a black lightning bolt symbol on it.

In some depictions, his tank top is black instead and features a yellow lightning bolt symbol. In the live-action version, he wears a bright yellow hoodie with the phrase “Men Smile” repeatedly written on the front in black basic font letters, along with dark jeans and a light blue denim jacket over the hoodie.

You can either dress as the cartoon version of Static Shock from the animated series, the version from the live-action short film, or you can mix and match outfit costume pieces from both versions, so this is a great costume if you love having a lot of choices to work with!

Static Shock wears white and yellow metallic-looking gloves, and can shoot electricity straight out of his hands! You can use clip-on white LED lights for a similar glowing effect, and you can order white and yellow gloves from most retail stores and accessories shops.

He also wears a black and silver belt, which you can also find at retail websites. For his footwear, purple rubber boots with black and yellow accents, you can use a purple pair of rubber boots and customize them with paint.

If you really want to energize the crowd, you could try adding a little sizzle by dressing up an electric unicycle with a silver cardboard plate to get Static Shock’s mode of transportation down.