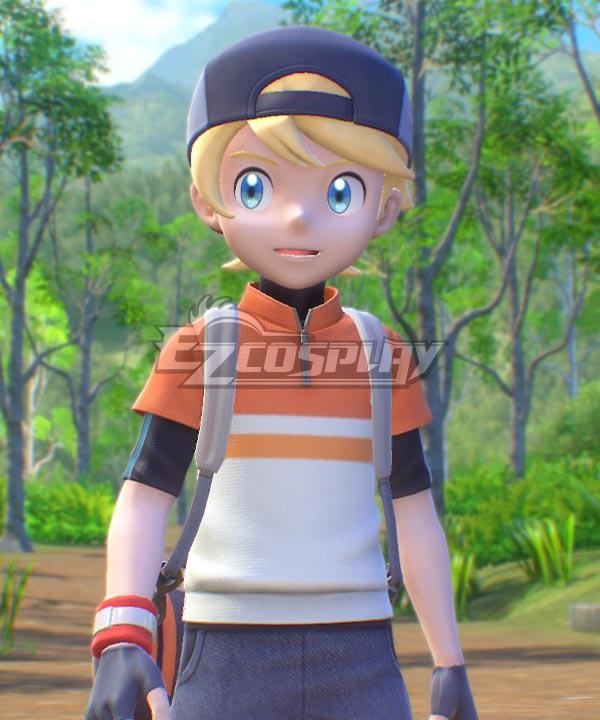 Cosplay not only focuses on women but also men take risks in this practice. In fact, they are the most performing cosplay in various parts of the world. So in this section, we will focus on the best ideas for male cosplay. We will mention a description of each with its characteristics.

These are the best male dress-upideas in 2020 for you, it is worth mentioning that there are many more ideas

so if any does not convince you you can see our other Apartado and give it a try.

If you are a fan of the Jojo Bizarre anime series, this character cannot go unnoticed for you

is the protagonist of one of the arcs of the anime as well as in others. His physical characteristics stand out for being a tall, burly man who always wears a school uniform. The kujo jotaro cosplay clothes can buy at some anime store, or make it yourself.

Ken kaneki is perhaps one of those that can be made without spending much.

for kaneki cosplay  you need to get some black pants, a shirt and jacket of the same color. However, one of the things that if we should buy, could be the silver or white wig, red contact lenses, and his distinctive mask with teeth.

Naruto Uzumaki is the main protagonist of the Naruto anime and manga. The main features of this character is his distinctive blond hair, stripes on the cheeks in the form of a Fox, as well as his band of the village in which it is told. In addition, naruto cosplay can be considered as the character with the most costumes, so you can vary a little.

Shoto Todoroki is one of the protagonists, stands out for being a somewhat reserved character. With regard to his physical design, his main features are, his hair half white and half red, as well as his assassin in his left eye, no matter if he is in his hero uniform or in his normal uniform, these two characteristics, will make Todoroki cosplay an amazing idea.

All Might is a character from My Hero Academy. This character has two versions for dress-up.

The hero version, a burly and strong man, and his version after exhausting his energy, slim. However, one thing that should be kept is her blonde hair with spikes in the center. You can find the different costumes they have to get a better, My hero academia cosplay idea.

6-Saitama from One Punch Man:

Saitama from one punch man anime has a few small details to take into account. You can perform the cosplay costume in its casual style, consisting of a jumpsuit and a black shirt, or use your battle suit, which consists of a yellow mesh with a belt and Cape. However, one of the most remarkable features is baldness.

you can use some Maya to cover the hair and perform various details for that of the appearance of skin.

7-Eren from Attack On Titan:

Eren has earned the respect and hatred of several fans.

we are sure on one thing, he is a character worthy to do. Eren has two-three versions that we can cosplay, his children’s version, the teenager and titan, this can vary in terms of work since the first can be easy to perform, but in the other two, it is necessary to make use of the costume.

8-Roronoa Zoro cosplay from One Piece:

One of the protagonists of One Piece anime and manga, Roronoa Zoro may vary with regard to costume, but one of the characteristics that you must respect is her catenas and her green hair. We can also make use of your causal clothing consisting of a short-sleeve shirt, brown pants, black boots and a warmer at the waist.

Light Yagami from death note anime is an easy character to cosplay. It’s just a matter of buying a dark brown wig, a white shirt with a black or dark blue tie, dark brown pants and a light brown jacket. However, something that can give that characteristic touch, is to own the death note, and an Apple.

Hatake Kakashi cosplay may vary depending on which user costumes. In case you choose the AMBU version.

you can opt for a black jumpsuit, a black sleeveless shirt and design the vest at your convenience . In the case that it is in gennin, you can wear the same costume underneath and put on a green vest

however, its key feature is his hair, the mask he wears and his crooked band.

Hisoka is an antagonist of the most performing anime cosplay, this due to its popularity and charisma. His design is based on a clown, Hisoka cosplay has red hair with clown makeup, matching he has a pair of pants and shirt with tribals and hearts details, and his legs bandaged with black slippers.

The son of Prince Vegeta and Bulma, is considered one of the male characters in the cosplay male, this due to the charisma he created in Dragon Ball z.

Trunks has two versions of costume, the clothes of Saiyan consists of a blue Maya with a vest, this can be designed, and a pair of white ankle boots with the yellow tip. The other consists of a pair of blue pants and a black strappy shirt. Her most notable feature is her lilac hair being normal and her blonde hair in the Saiyan state.

Goku(kakarot), as mentioned in other posts, is a popular character and one of the most performed by men. He has three versions to cosplay, the Child, Adolescent and adult, depending on this may vary.

you must respect her most important feature: her lilac hair being normal and her blonde hair in a Saiyan state.

Persona 5, has become a popular anime in this days it has, this is the case of the Joker the main character.

joker has two versions to cosplay from, the normal design, with the school uniform and the game, where he has a sack and a mask in the form of a bat.

Monkey D Luffy could not miss here, as one of the male cosplay characters of the moment. The physical characteristics of this character consist of his chest scar, one in his left eye and his distinctive straw sorero. Additional, it features a red jacket with or without sleeves, sandals and short pants.

Katsuki Bakugo has two types, the student, and the fighting; however, what distinguishes him is his blond hair, however, it can vary between their uniform consists of gray pants with black shoes, a white shirt, tie and jacket gray with blue accents.

Vegeta Prince of Saiyans is a character in the Dragon Ball Z anime. it stands out for its different styles of male cosplay, ranging from a blue tights with a vest with shoulder straps and white ankle boots with the yellow tip, in his first appearance. Dark blue tights and in its casual style. Also one of its characteristics is its black hair on tips.

Sasuki uchiha stands out for his black hair and black eyes, or failing red sharingan due to his attack technique. However, this type of cosplay stands out for having several accessories, such as a sword, some pants with sandals and ribbons on the legs and a large open shirt.

There are several characters for this male dress-up section, you can use Red, Ash among others. One of the characteristics of both characters is the black hair. They both wear hats, among others. However, you can use their distinctive clothes or other causal clothing, something that can stand out in them are the Pokeballs and other accessories of the franchise and anime costumes ideas.

Goblin Slayer is an anime series inspired by a light novel. This type of dress-up can be something complicated to do, however, not impossible. For goblin slayer cosplay You can use various materials, and use products purchased from an online Cosplay store.

These are some of the ideas for Male cosplay that you can use in your next convention, you have to clarify that you can make a mix between online shopping and design from scratch your costumes without any problem. The important thing is to have fun and do not let the burden envelop us, encourage yourself to try these outfits and put on your creativity.