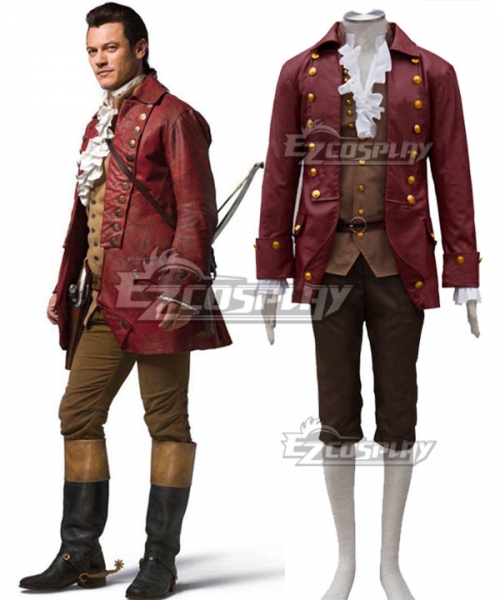 Gaston in “Beauty and the Beast” is the quintessential male chauvinist. Portrayed as self-centered and arrogant, the character pursues the female protagonist, Belle, relentlessly. His egoistical nature is obvious from the way he treats his loyal sidekick, LeFou. This ego is what eventually turns him into a vengeful and despicable villain once he learns that Belle was in love with the Beast and not with him.

Gaston is portrayed in the 1991 animated movie as wearing a red shirt with a yellow collar and a pair of black trousers. He sometimes wears a more formal outfit with a red coat and a brown waist coat. This changed in the 2017 live action movie, in which he has a more polished look and wears the red coat more regularly. In some scenes, he wears a brown coat with red collar instead.

He also wears brown trousers instead of black. Despite the change, the use of red in his outfits has remained consistent. So it’s important to remember this when assembling a DIY Gaston costume. There are also some changes in the weapons he uses in the live action movie.

While Gaston’s favorite weapon in the animated movie is a bow and arrow, the live action movie portrays him with a sword and a pistol. 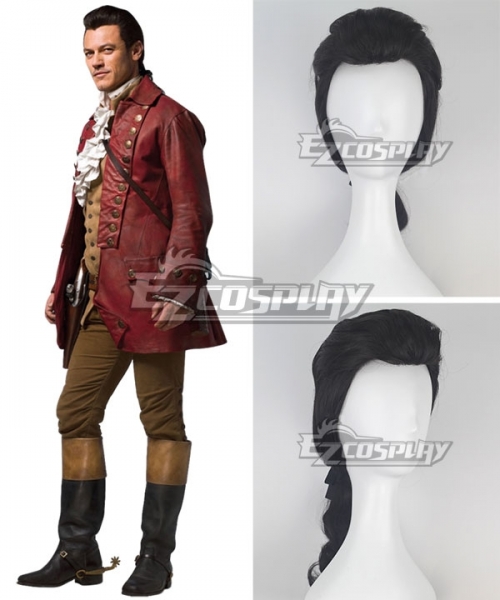 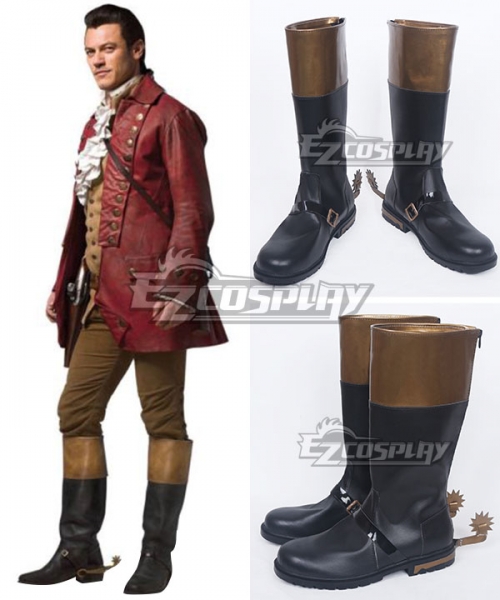 How to Dress Like Gaston from ‘Beauty and the Beast’

Being a narcissist, Gaston wears his hair long but neatly tied back in a colonial-style ponytail with a black ribbon and styled with a puffy top. There’s not a single strand of hair falling on his face.

This is optional. Although the 1991 animated movie portrayed Gaston mostly without a headgear, he is often seen in the live action movie with a black tricorne hat that was popular during the 18th century.

The coats he wears are inspired by the coats worn during the British revolutionary war. The color of the coat can be entirely red or it can be brown with a red collar. Being highly concerned with the way he looks, he takes the time to match his waist coat with the color of the coat that he is wearing. Gaston’s trousers are brown and well-fitted, tucked neatly into his boots.

Gaston’s costume in the animated movie includes a brown belt with a gold buckle worn over his shirt. Being a hunter, he often has a quiver of arrows slung across his back. As for shoes, he wears calf-length fold-over boots in brown. He sometimes wears yellow gloves that reach up to his elbows.

The color of his shoes changes in the live action movie, where he wears black instead of brown. In some scenes, he carries a rapier sword with gold hilt. Gaston also uses a silver-colored French-style flintlock to shoot the beast in this version. These are optional additions to your DIY Gaston costume.

Look at her, LeFou. My future wife. Belle is the most beautiful girl in the village. That makes her the best.