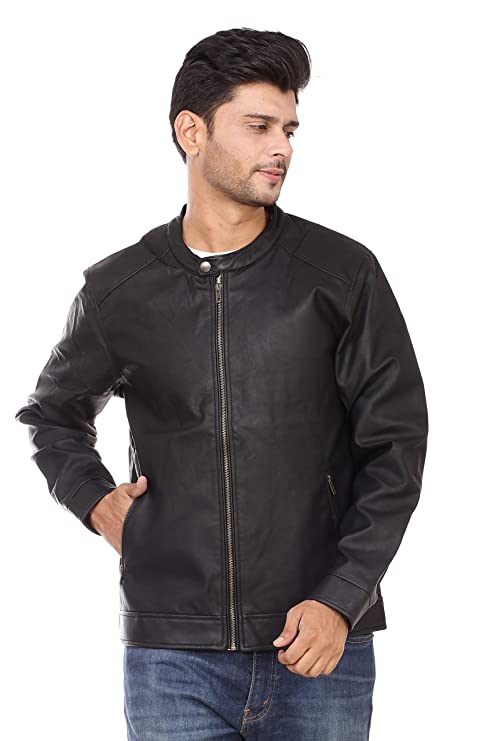 Negan in “The Walking Dead” TV series is the brutal leader of the Saviors who serves as the main antagonist to Rick Grimes in Seasons 6 and 7. As a leader of the Saviors, he holds a powerful position and is a sadistic sociopath. He is highly intelligent and charismatic, which explains why he has managed to recruit so many survivors into his group and turned them into loyal followers. He is an exceptional strategist and has a cunning nature, often anticipating the next move of his enemies. His cruelty and lack of sympathy makes him a fearful but strong leader.

Negan mostly wears dark-colored clothing that align with his dark and brutal nature. He wears a lot of leather but his appearance is not exactly rugged. His well-groomed hair and matching clothes suggest that he cares about how he looks. Think classic and stylish rock star when you’re putting together a Negan costume.

See below to learn how to make a DIY Negan costume for cosplay or halloween.

How to Dress Like Negan from ‘The Walking Dead’

Negan makes an effort to always wear his hair well-combed and slicked back. Negan’s hairstyle is reminiscent of the men’s hairstyle popular during the 1940’s and 50’s but minus the side parting.

It’s important to note that not a single strand of hair falls on his face even when he’s beating people to a bloody pulp. So pulling off this look would require a strong-hold hair product that also gives a polished or glossy finish. Although sometimes he is clean shaven, he usually appears with a salt-and-pepper stubble that contrasts slightly with his well-groomed hairstyle.

Negan’s signature look comprises of a black motorcycle jacket, which is properly fitted against his frame but isn’t too tight either. He wears the jacket zipped up most of the time and has a red scarf or bandana wrapped around his neck to complete the look. The scarf is neatly tucked into the jacket in a rather gentlemanly fashion. When he wears the jacket unzipped, he is seen wearing a plain white t-shirt.

In some scenes where his jacket is zipped up, the edge of the white t-shirt can also be seen peeking out of the bottom of the jacket. As for trousers, Negan mostly wears dark gray work pants, which he tucks into his boots.

Like most other Walking Dead characters, Negan wears leather boots for comfort and functionality. The exact type of boots he wears in the shows are Frye Stone Engineer boots in black with the logo removed. They extend up to his mid-calf and have a simple buckle with a strap running just below the ankles. If these exact boots aren’t available, any black motorcycle boots would do.

Although Negan doesn’t wear too many accessories, he does wear a brown leather cartridge loop belt that does a great job of completing his look. He is hardly seen without Lucille, his favorite weapon which is basically a baseball bat with barbed wire tied around the barrel. This is easy to put together with a baseball bat and a faux barbed wire, which can be bought separately.

He also wears a black leather glove on his right hand but keeps his left hand free. The glove helps him get a good grip of Lucille when he uses it to cave in the heads of our beloved Alexandrians.

“You got some beach ball-size lady-nuts on you, coming in all kamikaze like that.

How to Dress Like Shoto Todoroki from My Hero Academia

Shoto has short hair slightly down past his ears with long, choppy bangs over his eyes. His hair is two distinctly different colors, completely white on one side and red on the other.

You can use hair dye to recreate this look, or you can use a red and white cosplay wig.

Use a comb to keep your hair strands from mixing together so they will be distinctly opposite on both sides just like Shoto’s.

Shoto has different colored eyes: one eye is turquoise and the other is a grayish color. You can use colored contact lenses to create this look.

He also has a rather large burn scar down to his cheek upon the left side of his face.

Use scar makeup or a makeup pencil to draw this detail on your own face.

Like most of the other students at U.A. High School, Shoto’s school uniform consists of a gray blazer with gold buttons and turquoise accent stripes. He also wears a white long-sleeved, buttoned-down dress shirt tucked into a pair of dark teal dress pants.

Tuck your dress shirt into the waistline of your pants for a more authentic look to your costume. Shoto’s hero costume consists of baggy dark blue pants, a dark blue long-sleeved jacket with a high collar to match, and a gray fabric neck piece which connects both halves of the jacket’s collar together.

With his hero costume, Shoto wears white rubber boots with a very thick tread on them, as well as a brown utility belt and a metal-plated combat vest.

When in his school uniform, Shoto wears a red knotted necktie and sneakers in shades of light blue and white pastels. You can find the footwear from retail websites and shoe stores.

Lastly, for the combat vest you can check out costume shops and Halloween stores, or you can use craft supplies to make your own.